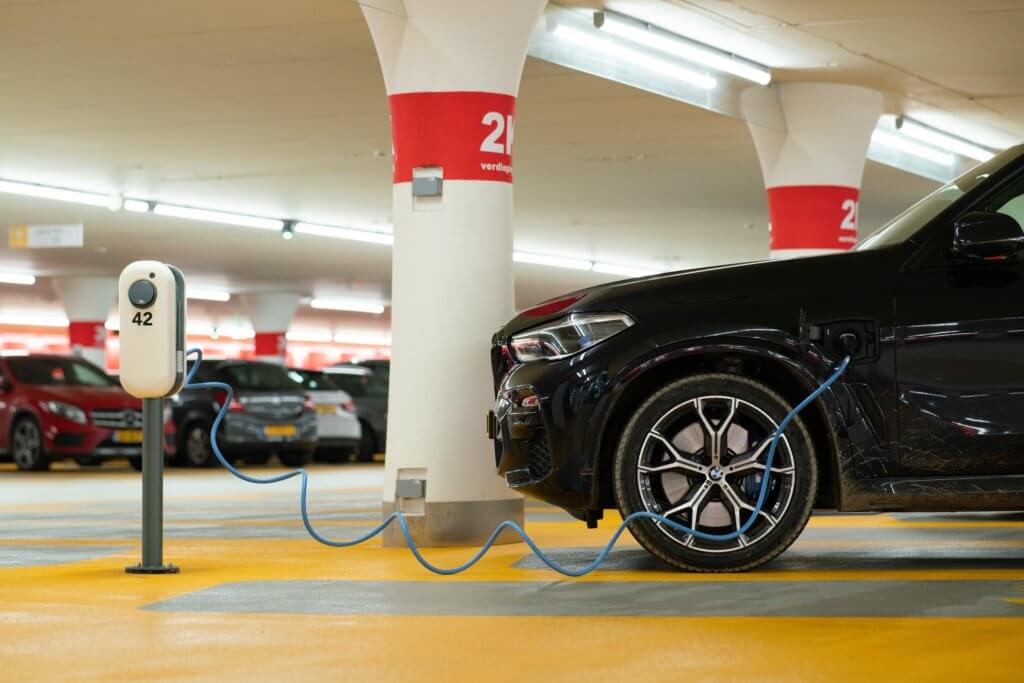 In recent years the development of technology has led to the proliferation of electric vehicles as we renew our focus on reducing carbon emissions and protecting the environment. In 2010, there were only around 17,000 electric cars, but this has grown to over 7 million.  By 2040, it is estimated that over 50% of all cars on the road will be electric. Electric cars such as the Tesla are all electric and run solely on battery power, while other cars are hybrids, bridging the gap between electric and fuel-powered vehicles.

There have been some concerns over the amount of EMF radiation being emitted from the electronic equipment in Tesla and electric vehicles. Keep reading to find out more. 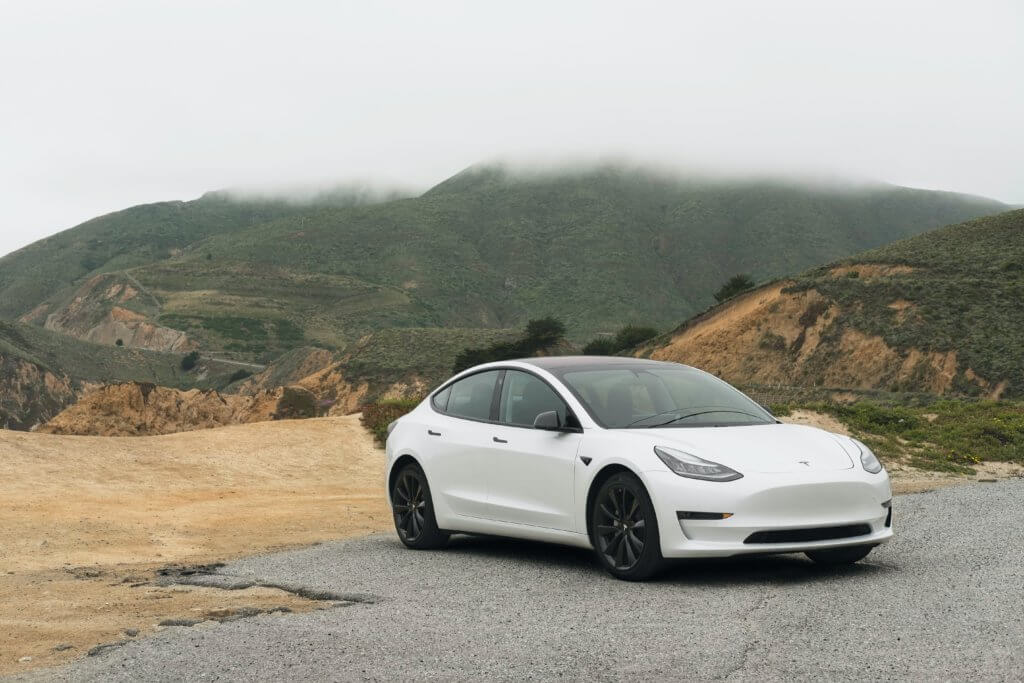 There are two main types of radiation emitted by Tesla electric vehicles – ELF and RF radiation. Extremely Low Frequency (or ELF) radiation has been found to be emitted from all electrical devices. The radiation itself comes from the electrical parts, including the batteries and the wiring of the product. Radio Frequency or RF radiation has been found to emit from any electronic device that has a wireless connection. This can include devices with Bluetooth, WiFi or a phone signal.

The difference between the two types of radiation is the frequency that they travel at. ELF radiation works at a lower frequency, but both types have been found to cause potentially harmful effects on humans. The closer you are to electronic devices, the more radiation you will absorb, meaning that the health risks are higher. As electric cars such as Tesla’s contain a large battery and electronic wiring, there is a concern around the levels of radiation that they emit compared to traditional car models.

There are many parts of a Tesla Car that emit radiation or can cause increased exposure. Here we will guide you through each of the components and give you all the information that you need to know. 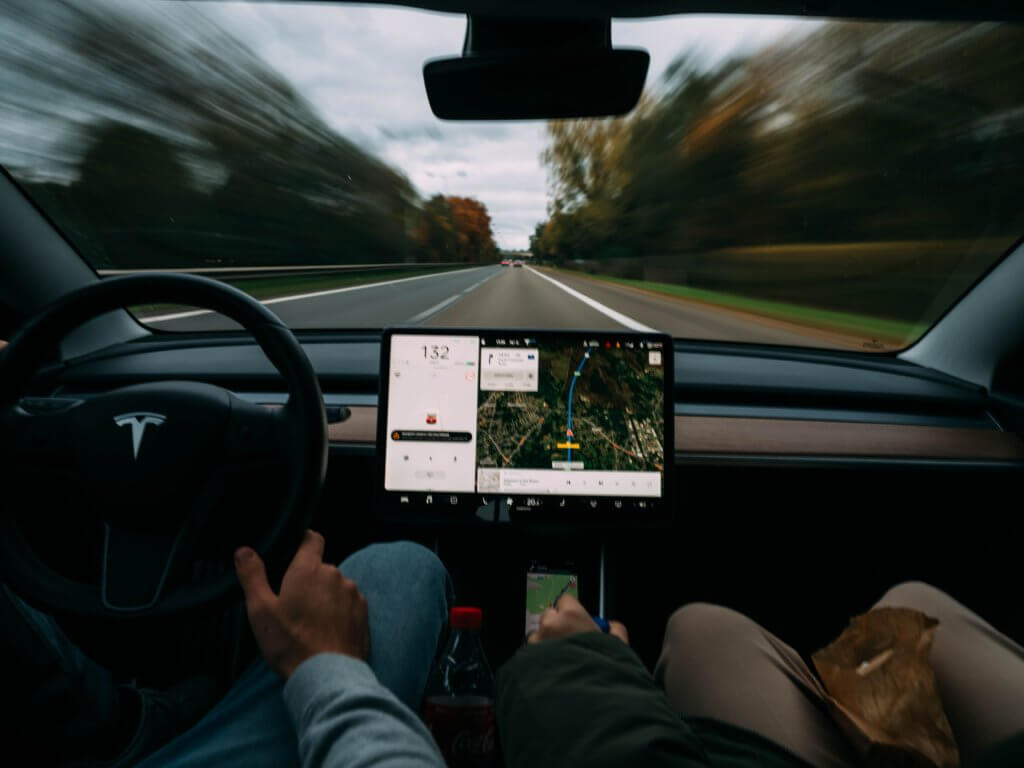 The energy produced by Tesla comes from energy cells that are similar to that of most laptops and tablets – the 18650 cylindrical format, but just on a much larger scale. What makes Tesla stand out from other electric cars on the market is its range. The vehicle covers more ground than many other electric vehicles due to the use Nickel-Cobalt-Aluminum-Lithium chemistry of the energy cells, which means that they have around 50% more energy than other vehicles working with different batteries.

While this does make the car more sustainable and increases its performance, it does mean that the EMF radiation coming from the cells is higher. This is especially worrying when we consider that they are usually placed underneath the car, stretching the entire length of it. Due to the close proximity to the driver and passengers, it can lead to increased exposure.

Research backs up these concerns – Dr Joel Moskowitz, who is Director of the Center for Family and Community Health within the University of California Berkeley, stated that due to the increased levels of ELF emitted from hybrid and electric cars, there is a concern that they could cause cancer. Additionally, further research into the impact of exposure of ELF radiation over time has found that it has an impact on fertility, can lead to depression and increase stress levels within the body.

The batteries that power Teslas also emit EMF radiation. The car has large AC batteries located at the front, rear or bottom of the car, depending on the model. These batteries do emit EMF radiation and can affect those who are sensitive to it. If you are considering buying a Tesla, check where the battery in the model you are considering is located, as the further away you are from it when driving, the better. In most electric cars, users are far enough away from the battery to not feel any adverse effects from the EMF radiation as the radiation from this power source does not travel a great distance.

It is, however, important to note that car batteries are not exclusively in electric cars – every traditional petrol or diesel car will also have a battery. The difference is that these batteries are DC batteries rather than AC, with the power coming from a chemical reaction inside of them. They do not usually emit EMF radiation, making the risks significantly lower with a normal car, however, there is a strong surge of DC voltage when the vehicle is switched on.

When you are sitting in a car, you will notice that you are effectively encased within a metal cage unless the car is a soft-top or convertible. A Tesla is no different, and this metal casing is conductive, acting like a Faraday cage. This means that radiation from the outside finds it harder to get in, but radiation from the car and the insides find it difficult to escape. This means that radiation on the inside simply moves around the car, becoming magnified and absorbed by the driver and passengers.

This is not just a problem with Teslas, however, but is an issue with normal cars, underground trains, trains, planes and even some buildings encased in conductive materials.

As we mentioned above, devices that use wireless signals such as WiFi emit RF radiation that travels at a higher frequency than ELF radiation, meaning that it can be more dangerous. Many modern car brands, including Tesla incorporate built-in WiFi in their vehicles so that passengers can connect to the hotspot and not have to rely on cell towers when travelling. This gives the advantage of a constantly strong signal, which can be difficult when driving normally in rural areas.

To facilitate WiFi hotspots in their vehicles, car manufacturers include a SIM card that has access to wireless data built in and also add special antennas on the exterior of the vehicle that allow the car to get faster and better signal from a cell tower than a normal mobile phone would. This also allows drivers to connect to their vehicle remotely and access vehicle apps from their phone.

While the addition of WiFi into cars is of great convenience, it is important to understand the radiation implications of this change. The bandwidth used by the WiFi is between 2.4GHz and 5.0GHz, meaning that the radiation can travel a long distance too. The frequency used by WiFi radiation is the similar to that of microwaves. While WiFi emissions may be less intense, they can heat up cells and generate current within the body.

How to Reduce Your EMF Exposure While Driving 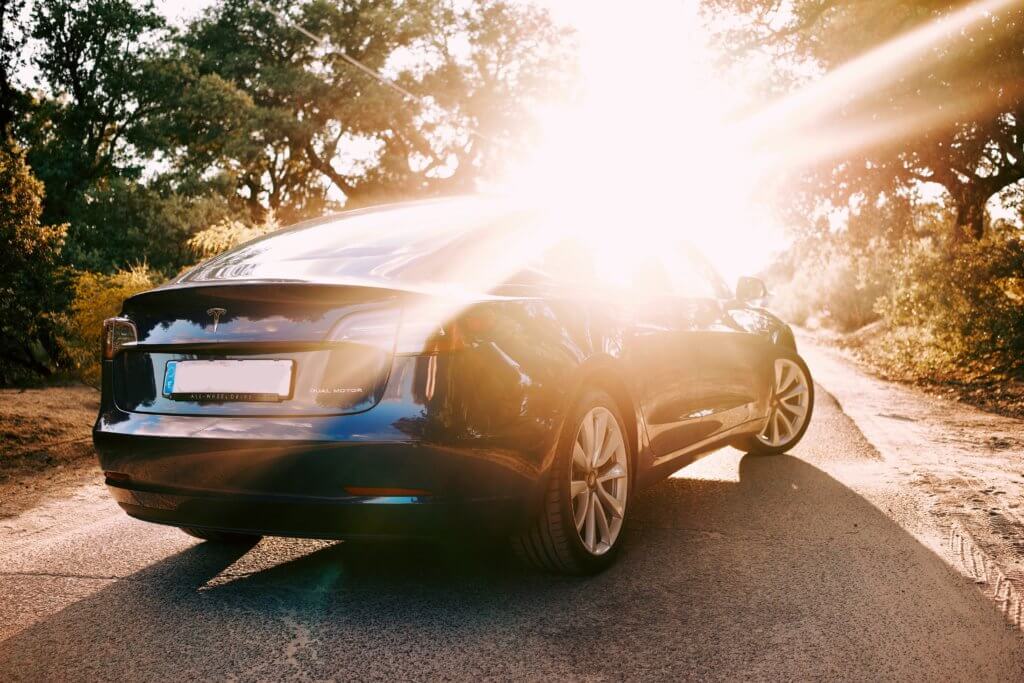 Let’s be realistic here, if you choose to drive any car, whether it is electric or not, it will still have electronic components that can lead to exposure from EMF radiation. The motor of the car, for instance runs on an electrical current.

The most obvious way to reduce your exposure is to limit the amount of time that you spend in your car – if you can walk or cycle to your destination then this will be better for your health and allow you to get some exercise in the process. It also benefits the environment as you are reducing the number of carbon emissions released into the atmosphere – small changes can make a big difference.

If you have to use your vehicle, however, there are techniques you can use to limit your exposure. Take a look below.

Reduce the Electronics in Your Car

Electronic devices within your vehicle will add to the amount of EMF radiation that you are exposed to. Therefore, if you reduce the use of these by passengers in the car and the use of the car radio or music facilities, the EMF levels will be reduced. Turning your phone onto airplane mode will also have the same effect. Don’t worry if you still need to use your GPS – it is possible to use this whilst in Airplane Mode. If you do need to make a phone call, consider stopping your car and going outside to make the call, as this will limit the impact of the radiation by avoiding the Faraday Cage effect of your car. 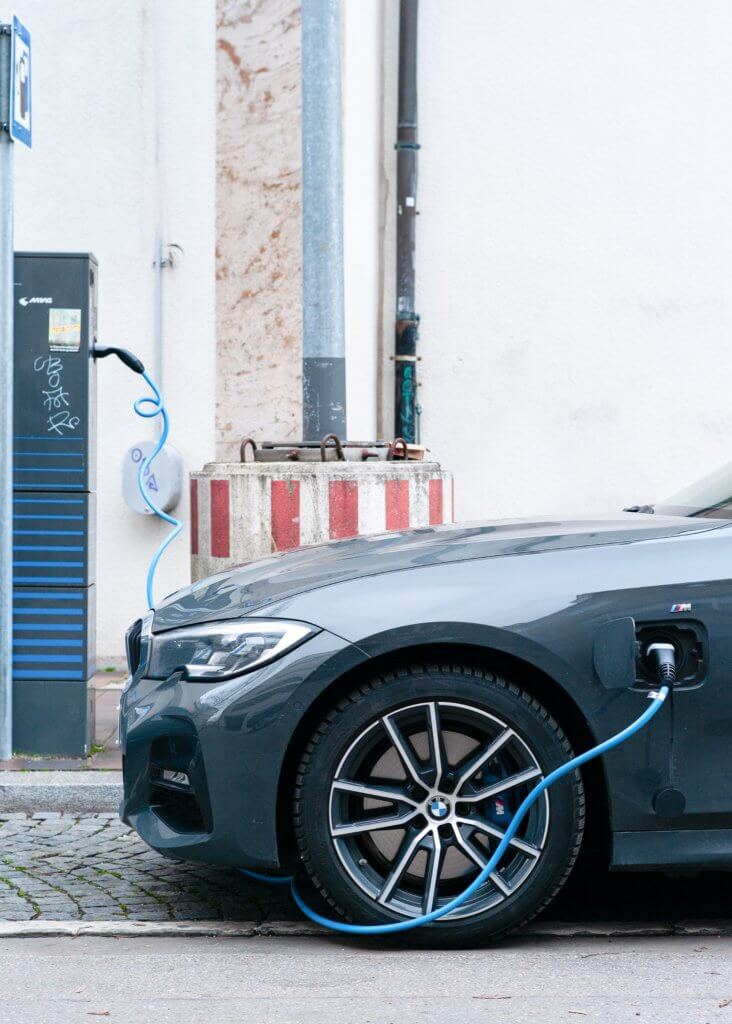 If you do want to listen to music on your drive, instead of streaming it, try pre-downloading the music and connecting your phone to your car through an audio cable instead of a wireless Bluetooth connection. The phone can then be used in Airplane Mode while still playing music. Ensure that your phone itself is located at least one foot away from you to further reduce levels of exposure.

It is also a great idea to consider wearing EMF protective clothing to help reduce the amount of EMF radiation that is absorbed into the body. Check out our blog post on the best EMF shielding beanies that can protect the EMF radiation entering your brain. Our top pick is the Mission Darkness EMF Blackout Beanie, as it has many unique features such as the UV protection, two EMF blocking metals within it, and it comes with its own testing bag to give you peace of mind. It is also one of the most affordable options on our list.

Choosing Between An Electric Car and a Traditional Car 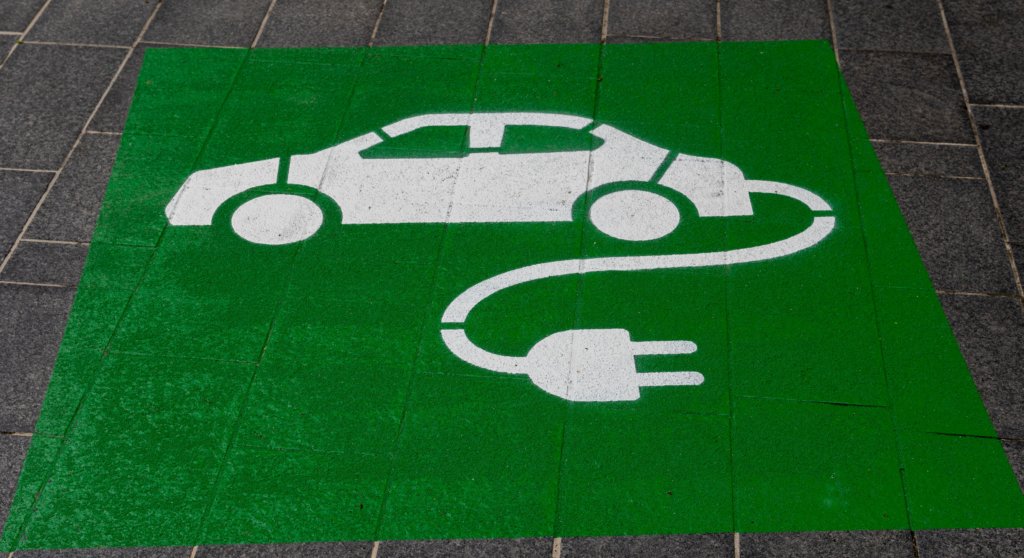 When it comes down to it, car buyers have a choice – they can buy a Tesla or other electric car which will reduce carbon emissions and save on fuel costs, or they can buy a traditional car with reduced EMF emissions. This can be a tricky decision however, it is important to note that both types of car do still produce both types of emissions, there is no option that will remove carbon or EMF emissions entirely.

While Tesla do have a car that is marketed as zero-emissions , it does contain a large lithium battery. This battery takes a lot of energy and uses a lot of materials to be produced – meaning that the carbon emissions in its production are higher than that of normal cars. However, it is important to note that the Union of Concerned Scientists do agree that electric vehicles do produce fewer emissions over their lifetime, as when they are driving, they are not producing any emissions.

When it comes to EMF emissions, electric cars generally emit more radiation as they use more electrical devices, including the battery power source. However, all new cars do have technology that can emit the radiation. Additionally, it is important to remember that any car acts almost like a Faraday cage, trapping and magnifying the EMF radiation being emitted from the car. 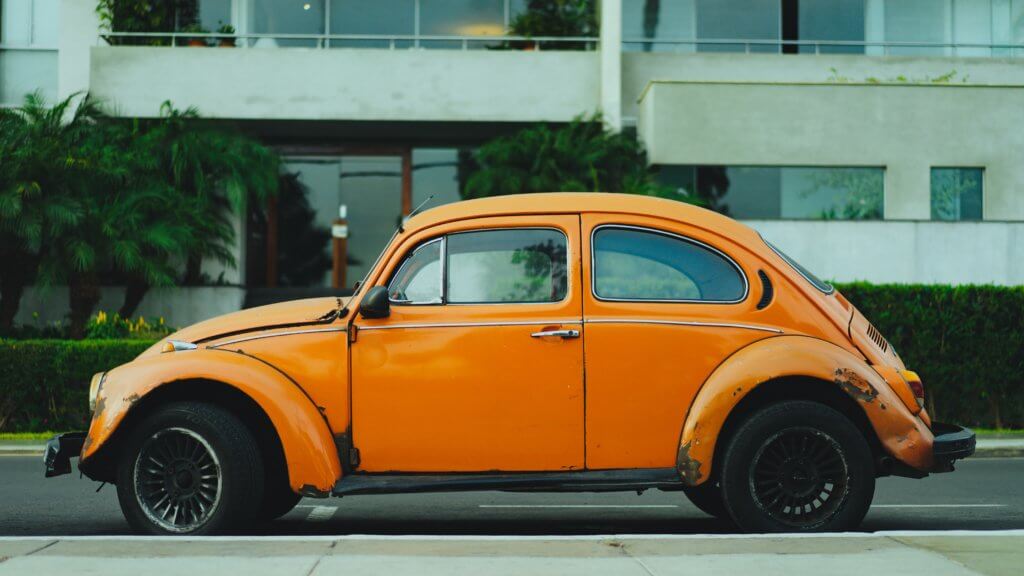 Electric cars are a great and more sustainable option than their traditional counterparts. While they do produce slightly more radiation due to the use of an electrical battery, the ELF radiation that comes from this does not travel over great distances and has a reduced effect on the main cabin of the car where the driver and passengers are located. Therefore, most people will be able to cope with the impact of this radiation. If you are overly sensitive to EMF radiation, however, this may be something to avoid as your symptoms, and the health implications may worsen in a Tesla electric car.

If you do choose an electric Tesla, consider using some of the advice listed above to reduce your exposure to the radiation it emits.