What is EMF Radiation

Home » What is EMF Radiation 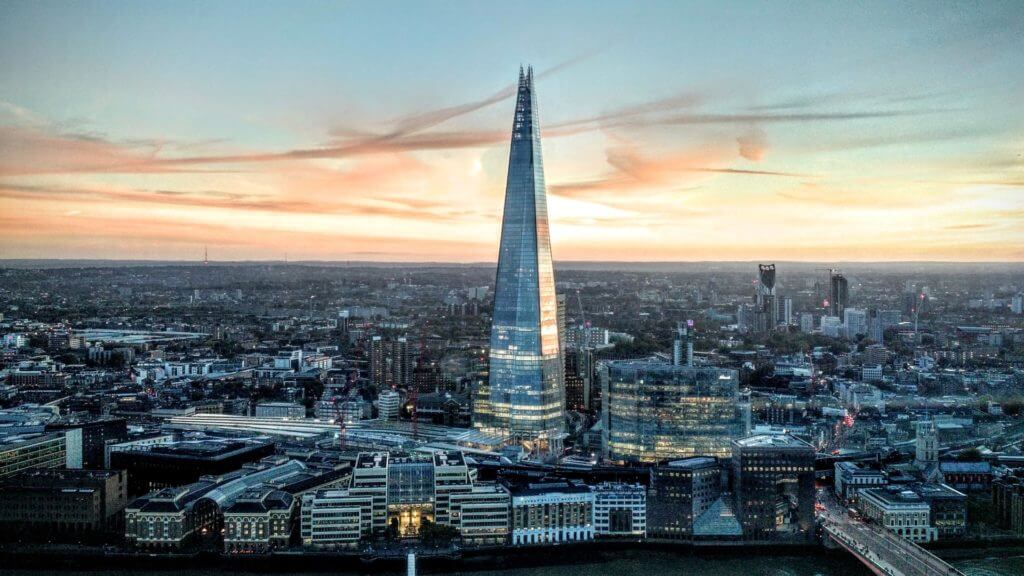 What is EMF Radiation?

We live in a world of light. While that might seem like an obvious statement, consider, the human eye can only see a tiny fraction of the entire spectrum. The rest goes almost entirely unnoticed in our everyday life. However, in the modern age, our cell phones and microwaves, radios and Wi-Fi routers rely on these invisible wavelengths to work.

Yet, in recent years, some have expressed concern that this cacophony of invisible light has harmful effects. You might have heard about 5G or radio towers, causing everything from cancer to dementia. However, is any of this true? Should we be worried?

If we were to go back a hundred years, and look at the world from space, nighttime looked as it ever had. Dark and dim. Switch to the other wavelengths, and you’d find pretty much the same picture. Most radiation on the earth shone down from space – whether it was the distant echoes of the Big Bang or the visible light from the sun.

We live in a world of light. While that might seem like an obvious statement, consider, the human eye can only see a tiny fraction of the entire spectrum. The rest goes almost entirely unnoticed in our everyday life. However, in the modern age, our cell phones and microwaves, radios and Wi-Fi routers rely on these invisible wavelengths to work.

Yet, in recent years, some have expressed concern that this cacophony of invisible light has harmful effects. You might have heard about 5G or radio towers, causing everything from cancer to dementia. However, is any of this true? Should we be worried?

If we were to go back a hundred years, and look at the world from space, nighttime looked as it ever had. Dark and dim. Switch to the other wavelengths, and you’d find pretty much the same picture. Most radiation on the earth shone down from space – whether it was the distant echoes of the Big Bang or the visible light from the sun.

Then, at the start of the twentieth century, everything changed. The advent of modern technology began to light the earth up like a Christmas tree. If we could see radio waves, the whole planet would seem incandescent, as the radiation zoomed through the air. These wavelengths are all part of the electromagnetic force (EMF).

Given such rapid change, it’s understandable that many would be concerned. At present, however, scientists do not believe EMF is dangerous. But to fully understand the concerns, we need a better grasp of what EMF is, what the possible harms are, and how to protect ourselves against them.

Imagine the spectrum of visible light. On the left, we have red, then moving through orange and yellow, green and blue, until we reach violet on the far right. However, as mentioned, the visible light spectrum is a small fraction of all the types of light that exists. If we continued off the red end of the spectrum, we’d head into infrared, microwaves and radio waves. Collectively, these are known as ‘non-ionizing radiation’. Whereas, if we headed in the other direction, past violet, we’d move into ultraviolet, x-rays and eventually gamma rays. These are ‘ionizing radiation’.

So, what’s the difference between non-ionizing radiation and ionizing radiation? Well, it’s all to do with the size of the wave. You see, light has a particular wavelength, as things move further to the red end it gets bigger. At the other end, they get smaller. In some cases, they can be so small they interfere with your molecules such as DNA, leading to cancer. They ‘ionize’ these molecules, hence the name.

Most modern technology, for instance, microwaves, Wi-Fi routers, radio and cell phones, use non-ionizing radiation, and so are perfectly safe. Familiar sources of ionizing radiation include ultraviolet light from the sun and x-rays from x-ray machines at the hospital. However, the latter is used at low enough levels to prevent any long-term damage.

Can EMF radiation be harmful?

Theoretically, there should be no harm from non-ionizing radiation, like radio or infrared. However, the World Health Organization’s International Agency for Research on Cancer has not ruled out the possibility that there could be some risk. They cite a study that demonstrated an increased risk of gliomas (a type of brain cancer) for the very highest category of phone use: thirty minutes per day for ten years.

Meanwhile, studies in animals have provided no evidence that radiofrequency EMFs are associated with cancer. Nor have any studies looking at Wi-Fi signals and animals discovered any sign that it could be harmful to health.

Studies in humans examining the effects of radiofrequency EMF have produced a slightly more mixed picture, with some suggesting there are potential risks.

Of the studies examining the link between breast cancer and home-based exposure to radiofrequency EMFs, only one produced a reliable result suggesting a relationship. The vast majority found no provable or reliable connection.

In regular life, most people’s everyday exposure to EMFs is via their cell phone. In the largest study, looking at the connection between cellphone use and human health, the researchers found a slight association between high exposure and glioma. They used data from more than 5,000 people in thirteen different countries. Furthermore, the glioma was often found on the same side as phone use occurred.

In regards to the workplace, a large study based on US Navy personnel found no increase in brain tumors for those with a high probability of radar exposure. Some types of leukemia were increased for electronics technicians, though.

At present, there remains no known mechanism to explain these effects. However, generally, people who developed health effects from EMFs had very high levels of exposure for prolonged periods. Regular use is not believed to be a risk. Similarly, sunlight is essential for our health, but overexposure may lead to skin cancer.

You probably left wondering: how much is too much?

According to the International Commission on Non-Ionizing Radiation Protection (ICNIRP), most household appliances and general exposure won’t cause any effects. In general, the ICNIRP reports that the vast majority of people’s exposure is very low in daily life. Currently, the government monitors EMF levels from public utilities, ensuring they fall within safe levels.

However, there is a growing belief that some people suffer from ‘microwave sickness’ or ‘electromagnetic hypersensitivity’ (EHS). The condition was first described in 1932, by German doctor Erwin Schliephake. Many doctors still regard EHS as a pseudo-illness, and the evidence for its existence is mixed. But some remained convinced of its existence, and there is a growing movement towards its acceptance.

EHS reportedly has a range of symptoms, the most common include:

There is no indication that these symptoms cause any long-term harm. However, if you do suffer from symptoms associated with EHS, it can lower your quality of life. It is important to be aware that there are many conditions which can cause the symptoms listed above. As such, do not instantly presume you suffer from EHS, see a doctor and explore every avenue.

However, it can be useful to examine EMF solutions. There is a growing market of potential fixes, which limit EMF exposure, and by extension, the associated effects.

How to protect yourself from EMF exposure

Firstly, you can purchase EMF meters to measure the level of EMF exposure in your home. These meters frequently struggle to measure the full spectrum of EMF, and so, opinion about their efficacy is mixed. However, if you are interested, they can be purchased online at a reasonable price.

If you do find high levels or you want to be cautious, you’ll need to look into EMF protection. There are hundreds of products online that reportedly decrease EMF exposure. These range from the dubious, including crystals which produce specific “fields”, to EMF paints and other products that might confer an actual benefit.

But what kind of products might you consider buying?

Cell phone cases that block EMF are a sensible precaution if you sleep with your phone near your head. There are even headphones to reduce EMF radiation. Cleverly, they situate the speaker 9-12 inches away from the earpiece, using a tube to conduct the sound the rest of the distance.

Furthermore, some shields can be placed over specific devices. They work like a Faraday cage, blocking 98% of the radiation a device admits. Most people use them over smart meters, which are installed by energy companies to provide real-time readings of gas, electricity or water. In comparison, others are used to block out the majority of EMF radiation emitted from Wi-Fi routers, without completely blocking the signal.

If you’re worried about EMF exposure during sleep, some blankets claim to block out radiation, protecting your body. Or you can try EMF protection clothing, for when you’re out and about.

Naturally, owing to peoples’ fears, some companies are trying to make a quick buck. Many claims about EMF protection aren’t true, though there are some great products on the market. Ultimately, it all depends on how much you trust the company, and what kind of protection you are after.

EMF radiation can be broken down into two categories: ionizing and non-ionizing radiation. The former is known to be harmful and is a risk factor for cancer. The latter, which is used by the vast majority of modern technology, is widely believed not to confer any significant harm. There have been some studies that suggest that extremely high-exposure can lead to certain types of brain cancer. Some people claim to suffer from electromagnetic hypersensitivity, which causes an uncomfortable array of symptoms.

To protect against these factors, there is a range of products to consider buying. However, be careful as some people are running scams.

In short, don’t be afraid everywhere you go, but keep your eyes on the news, and take sensible precautions.