Are Wireless Chargers Safe Or An EMF Concern?

Home » Are Wireless Chargers Safe Or An EMF Concern? 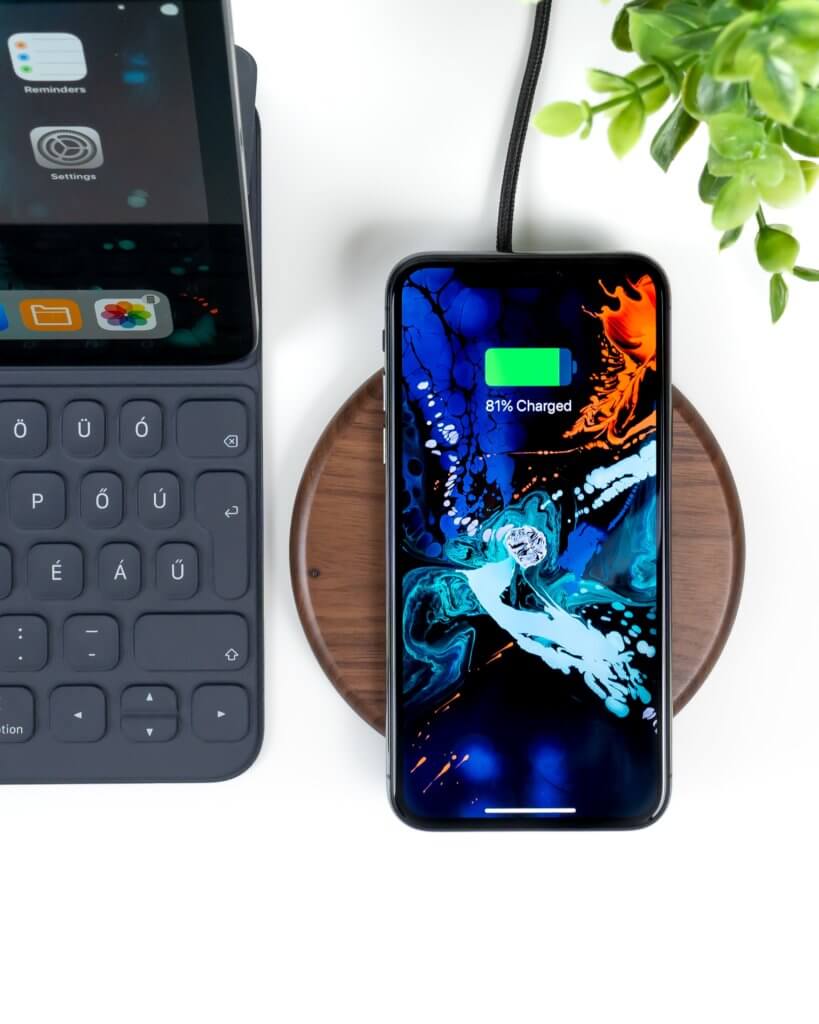 Are Wireless Chargers Safe Or An EMF Concern?

Nowadays, wireless chargers are becoming increasingly popular. Although it first came into mainstream media in 2012, it has evolved fast and adopted quickly by many top smartphone manufacturers. However, like any other wireless electrical device, you might wonder are wireless chargers safe or not due to their wireless mechanics.

Wireless chargers are safe as long as you are using safe and standard chargers within the given guidelines for EMF safety. This means that your charger has to be Qi certified and you are following safety rules like not sleeping next to it, keeping it out of your room, and others.

What is Qi Certification?

Wireless Power Consortium or WPC developed the Qi standard which is a wireless charging standard. It was first released in 2008.

It supports three different power outputs of 5 watts, 7.5 watts and 10 watts. There are other competing standards of wireless charging, but the Qi standard is by far the most efficient.

Why You Should Be Concerned About EMF Radiation?

Wireless devices are increasing day by day in our households. This is a concern because wireless devices emit both EMF radiation and radiofrequency of the electromagnetic spectrum. This can be especially harmful to you if you’re not careful.

However, the real concern is man-made sources of EMF because they are increasing day by day. Cell phone towers, electricity towers, Wi-Fi routers all generate a hefty amount of EMF radiation. The fear factor is that we live pretty close to all these sources of EMF which can be detrimental to our health. 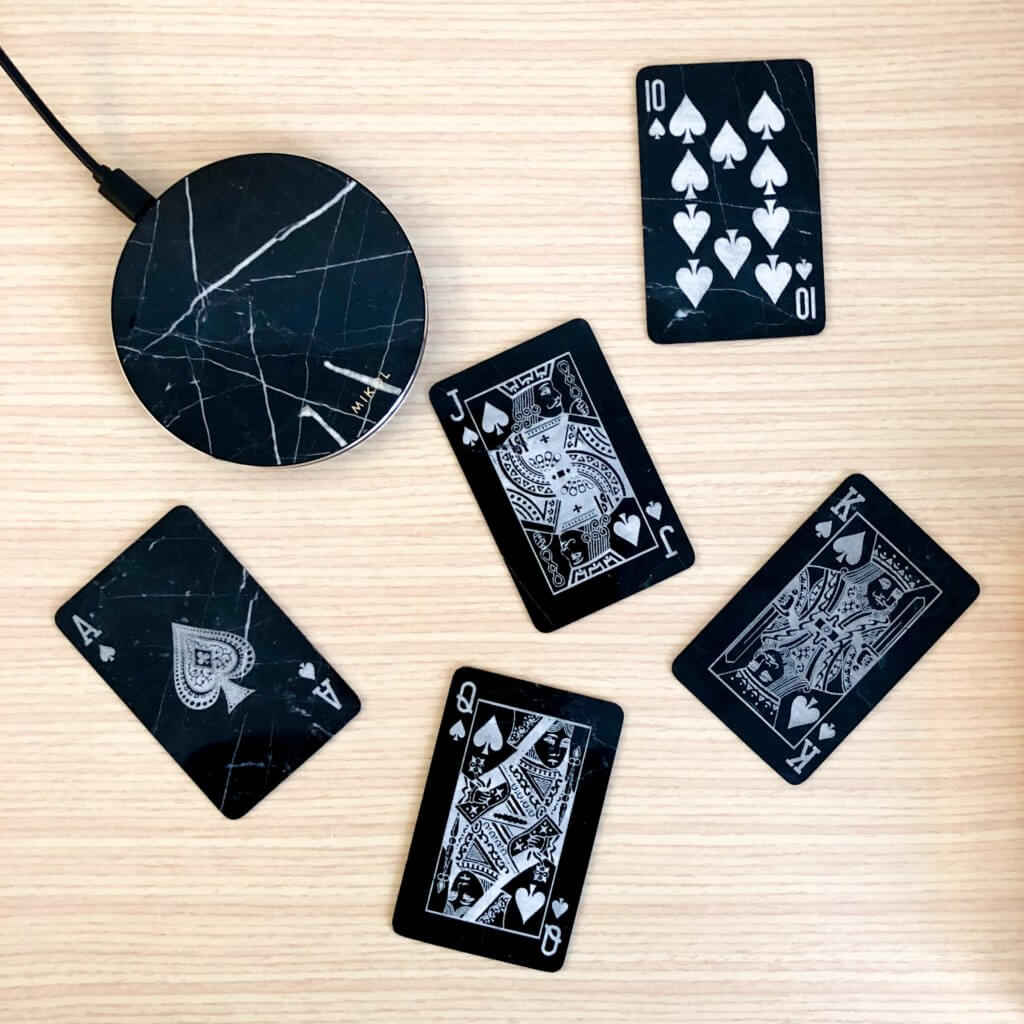 Some risks of exposure to high levels of EMF radiation includes:

To learn more about the harmful effect of large volume EMF radiation check out this article on the concerns of EMF from Healthline.

How Does a Wireless Charger Work? 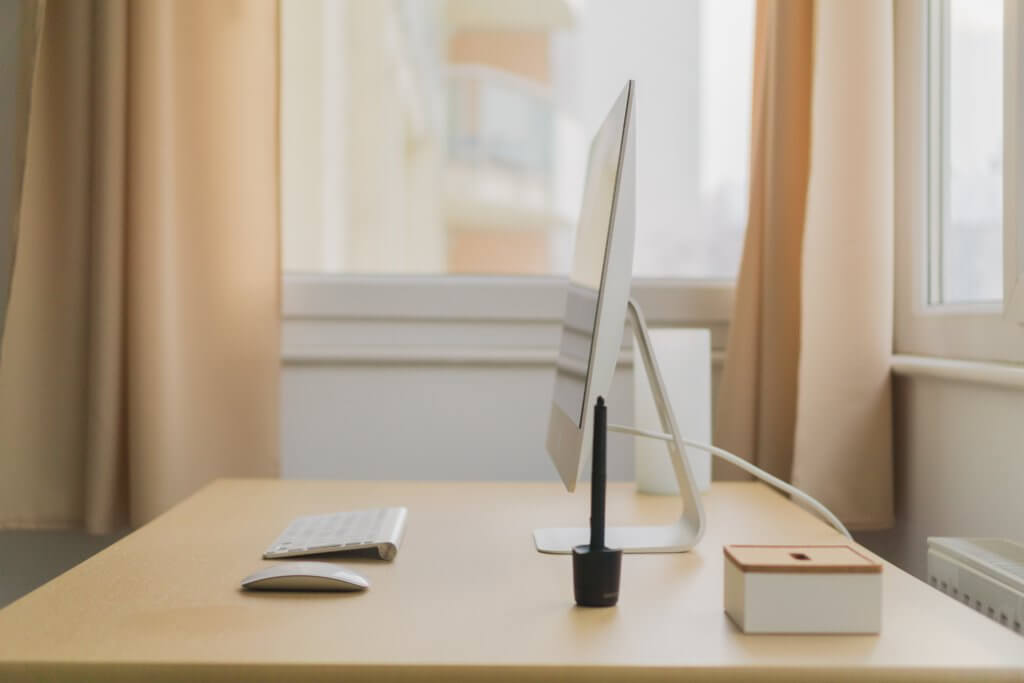 Note that the electromagnetic field generated by the transfer coil is very short range, which means you need to place the mobile phone very close to the charger. In reality, you have to place the phone on a wireless charging pad. So technically it is wireless, but not contactless. This means you cannot use your phone as you do with wireless headphones, controllers, etc. 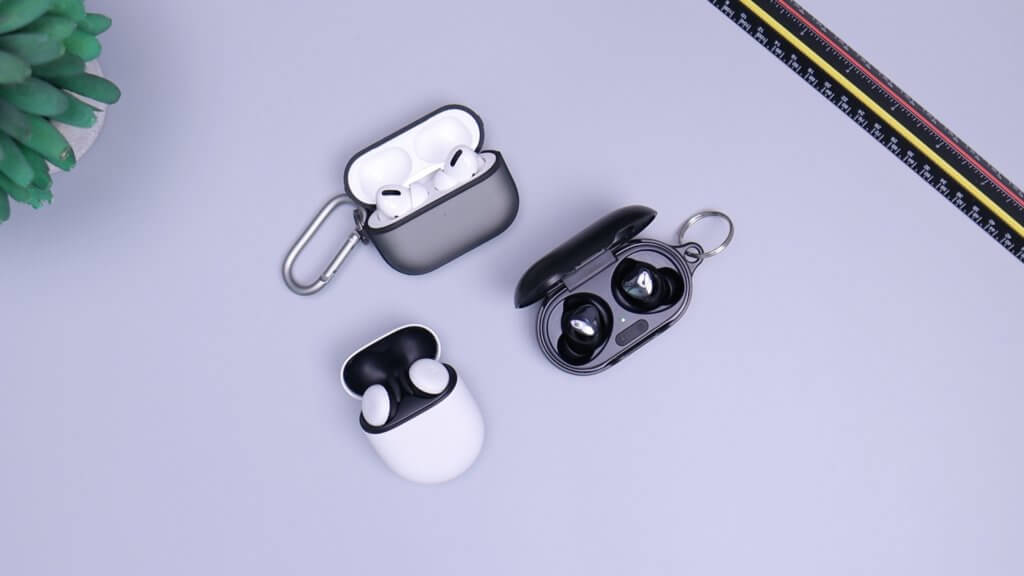 Magnetic induction charging is the one I’ve just described above. When electricity passes through the transmitter coil, the receiver coil placed near it receives an electrical charge from it and charges the battery.

The frequency of the oscillating field is around 100 to 250 kHz. It is much lower than resonant charging. Its benefit is that it has very high efficiency. The only downside is that the two devices need to be very closely attached.

Resonant charging is the same as inductive charging. The difference is that it uses a high-frequency oscillating magnetic field to transfer electrical energy. The frequency is about 6 MHz. Its advantage is that you can charge your phone from a distance but it has a drawback as well. Its efficiency is very low so the charging time is long.

This technology isn’t available commercially yet. This promising technology is still being tested. In this technology, the device to be charged is exposed to a high level of radiofrequency. A specialized apparatus inside the device converts the energy to electricity, hence charging the device.

Are Wireless Chargers An EMF Concern?

Any electrical device is a source of EMF. Wireless devices pose even more threats. Although the direct effects of EMF have not been established yet. It is becoming clearer every day that whatever the effect of EMF is, it is not good.

We have been using wireless devices for the last few decades. The usage is increasing constantly. Wireless charging technology is still relatively new, but it is being implemented in more and more places every day. So, it only makes sense the growing concerns about EMF radiation of wireless charging.

Wireless charging technology only generates a magnetic field whereas other wireless devices like Wi-Fi routers, headphones, etc. emit both radiofrequency and EMF radiation. This makes wireless chargers a safer option.

Another fact is that wireless chargers have a very short range, unlike Wi-Fi routers or cellphone towers. So, unless you are sleeping right next to it, you should be safe. Most wireless chargers use Qi protocol which is the gold standard of wireless charging technology. I will discuss Qi in the latter portion of this article.

The standard Qi charger, when charging a device, emits around 3 milligauss energy which is negligible for human health concerns. However, other wireless chargers that use resonant or radiofrequency wireless charging emit much higher energy. That’s the reason why these technologies are still not available to the public yet.

To compare our day-to-day exposure, 3 milligauss is pretty low. Distance is the key to stay safe from EMF radiation. Don’t put the wireless charger right next to you when sleeping, use Qi-standard wireless charging device and you are all good, at least in the current state of this technology. I cannot say the same for the future of this technology though. 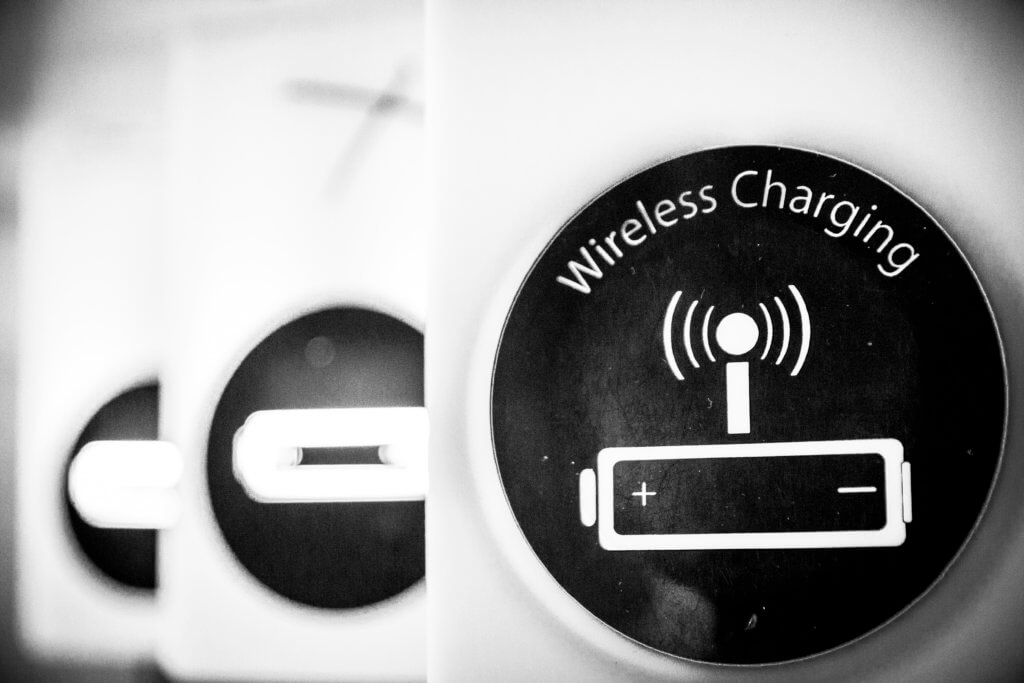 What Should you Do to Lower the Risks of EMF Radiation?

It’s no wonder that you would want to use a wireless charger if your device supports it because why not. It makes the whole procedure way easier. It already isn’t much of a risk to human health. There are ways you can adopt to reduce the risks even lower. Here’s how:

Choosing A Wireless Charger (For the EMF Concerned)

If you are looking to buy a wireless charger and it is your first time, there are things to know about as always. You cannot just go to a shop and buy any random wireless phone charger and expect everything to be right.

Here is how to choose the right wireless charger for your device:

Choosing the right brand shouldn’t be difficult because there aren’t thousands of other third-party brands producing wireless chargers. Every mobile phone manufacturer has their own wireless charging device.

Chargers from the same brand can have compatibility issues because of the wattage difference which we will get into next. The bottom line is that any wireless charger of any brand will do the job, but it is always better to purchase first-party products.

It will gain you some extra benefits like charging stands for Google Pixel phones shall turn your phone into a temporary alarm clock. Branded devices also come with premium quality parts and adhere much more to health regulations. So, they are less likely to emit dangerous levels of EMF. 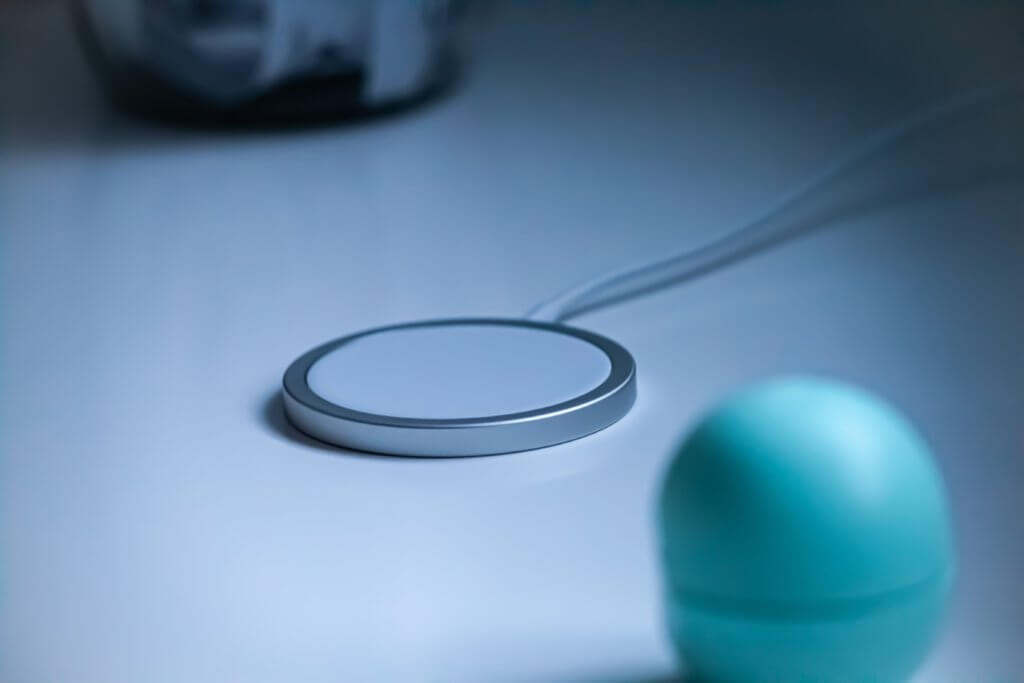 Wattage can seem like a big issue if you don’t know the ins and outs of it. Chargers can be of higher wattage than that is supported by the phone. For example, Google Pixel 3’s wired charger is an 18-watt charger whereas the current highest charging capacity supported by Qi technology is 10 watts.

So, you might ask, what will a 10 watts wireless charger do for Google pixel 3? If your device supports it, then you can go higher. There’s no problem in getting a charger of higher watts than supported by your phone. The point is, you can always go higher than what your phone supports. It won’t cause any issue with your phone.

But higher wattage means more radiation. So, you have to do a little trade off here. Do you go for faster charging and reduced exposure time, risking more exposure volume? Or are you okay with slow charging and long periods of exposure for low total EMF exposure.

This study is actually more in favor of the latter. Chronic low volume EMF exposure would generally cause much more delayed effects and many preliminary effects before causing life threatening issues. So, if your charger ever ends up affecting your body, lower wattage ones will surely allow much more time for you to be treated. 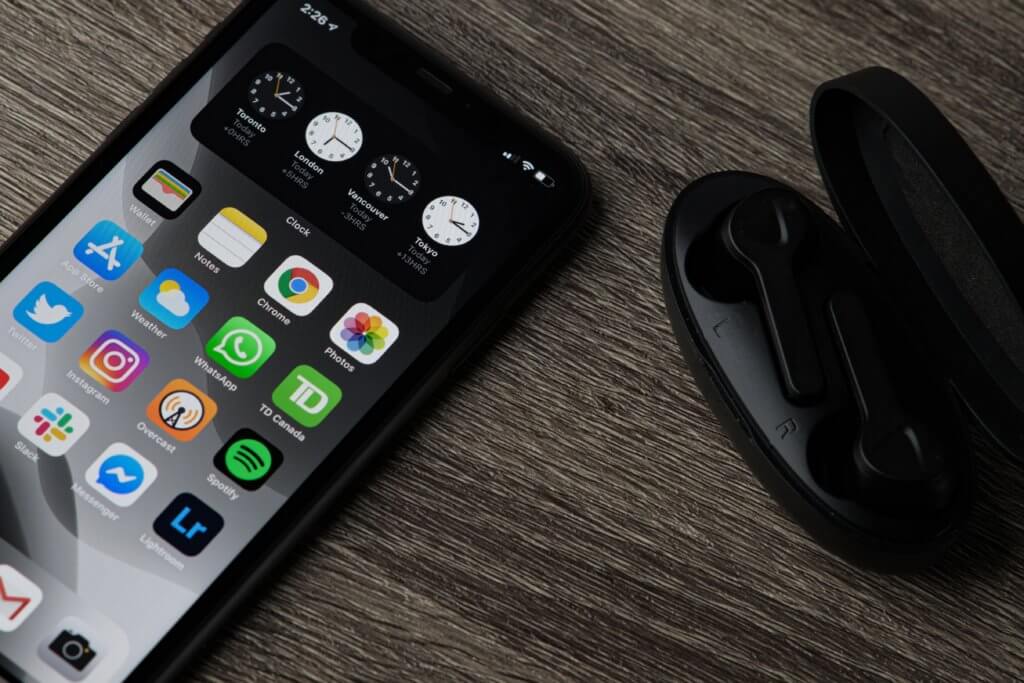 Each country has its safety standards for wireless chargers, but the most common certifications include FCC, BSMI and KC.

If you are looking for suggestions, we would recommend getting the Anker wireless charger. It is a Qi-certified 10-watt wireless charger. It supports flagship devices like iPhone 12, 12 Mini, 12 Pro Max, SE 2020, 11, 11 Pro and Galaxy S20. You can select different watt which means this charger has universal compatibility. It can also charge through a phone case which is a great feature to have. 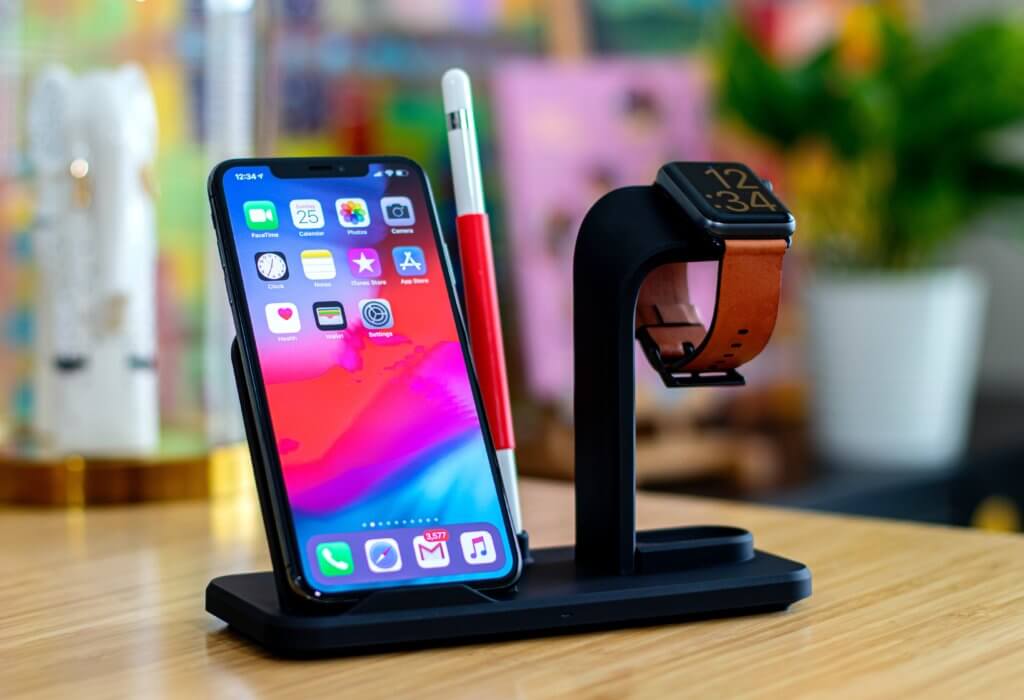 Wireless charging is very convenient. You won’t have to search tirelessly in the dark for that tiny charging hole. You can place your phone on top of the charging pad and forget about it. Wireless charging technology is becoming affordable and available fast, so it only makes sense that its usage is skyrocketing at the consumer level.

What many people don’t think a second time, are wireless chargers safe or not. Wireless chargers also pose risks of EMF radiation. The factors that influence the harms of radiation are very important to know. In this article, I have explained all of it to provide you with an overview of the EMF status of wireless chargers. Have a great day!