Do TVs Give Off Radiation?

Home » Do TVs Give Off Radiation? 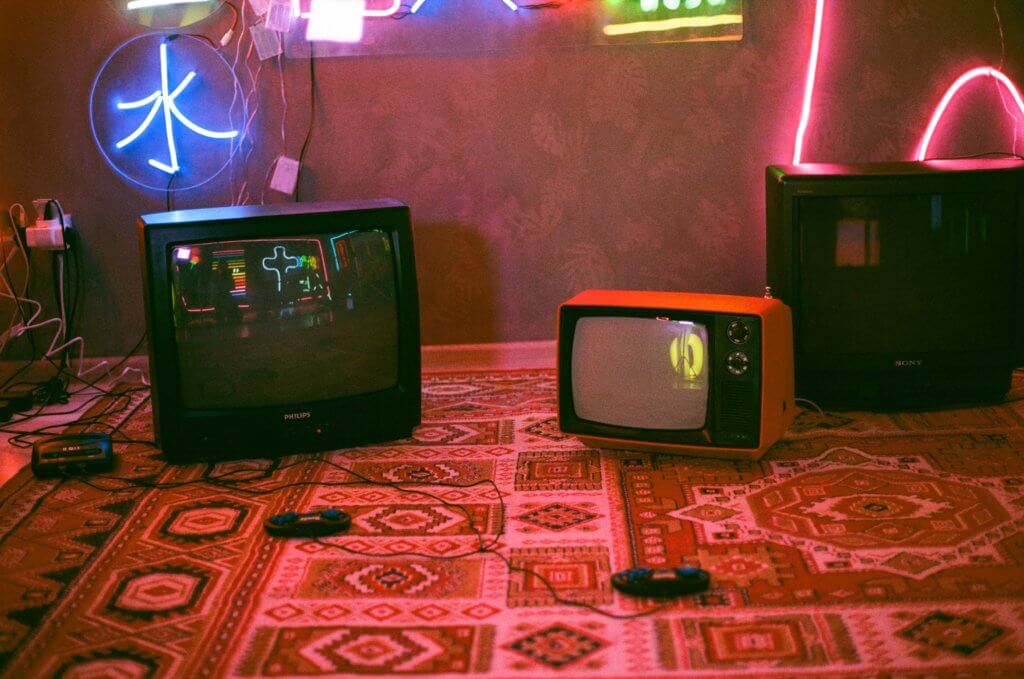 Do TVs Give Off Radiation?

TVs are one of the most common appliances of any household. I’m sure most of you know how electronic appliances can emit radiation and create dirty electricity. You are probably wondering if that is the case for TV as well. An expert opinion on the topic would be nice to ensure the safety of your family. So, does a TV give off radiation?

Televisions do give off radiation. Different types of TVs have different radiation levels. They also produce dirty electricity that circulates through the entire house. Thankfully, you can mitigate these effects with good practices and filtering tools.

So, how do TVs Give off radiation? Cathode Ray Tube TV is not the only type that creates harmful EMF. We will talk about everything related to televisions and EMF sensitivity in this article. You will also learn how to manage the EMF emission from TV and keep it at a safer level. 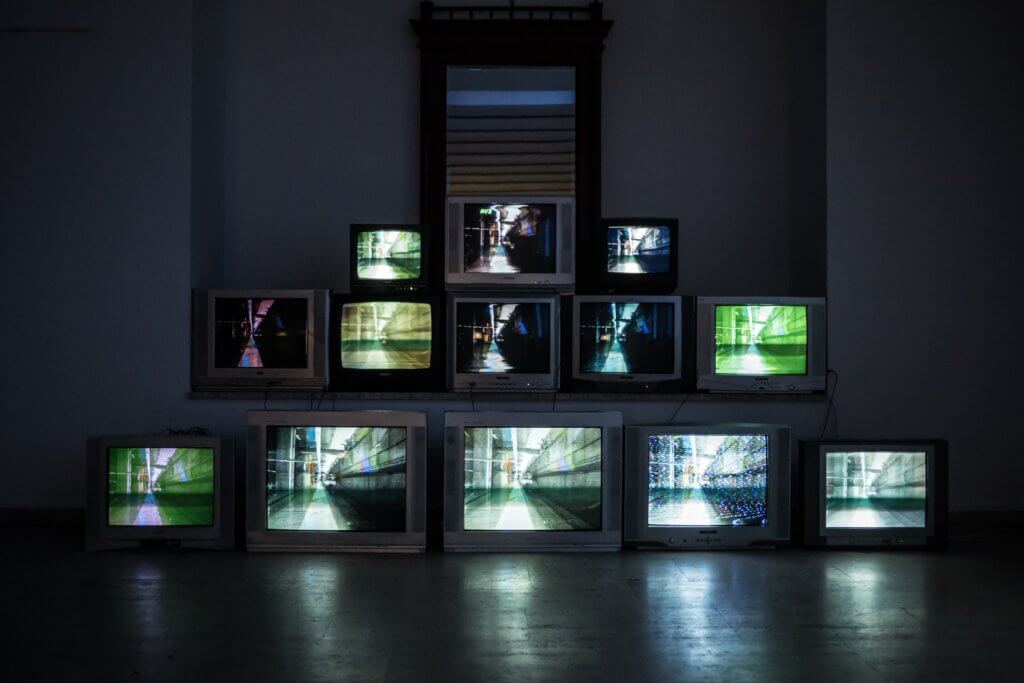 Televisions have been known for emitting radiation since their first emergence. The old cathode tube TVs produced a significant amount of radiation. So, what about the modern ones? Modern TVs also produce EMF, just not on a large scale as the older ones.

Strictly speaking, Television is not the only culprit here. The associated gadgets related to it also harmful EMF. Here is a list of all the TV-related EMF producing agents:

The older cathode tube TVs were the only ones available before the smart TVs came out. It’s something that nearly every household had at some point. Even to this day, a lot of restored cathode TVs are kept as mementos or collectibles.

CRT televisions produce one of the most harmful radiations. It produces X-rays on a frighteningly high level. That is why the designers had to implement numerous shielding compartments. The shields were barely able to contain the radiation to an acceptable degree.

But that all changes once these parts get damaged. The X-ray radiation keeps leaking out, wreaking havoc in the viewer’s bodies. All while they are unaware of it. The intensity of this radiation is not the only concern. It had a surprisingly long emission range. You would need to be at least 2m away to ensure safety.

There are still some flat-screen CRT TVs left in some households. These people are wholly ignorant about the dangers and continue to use these TVs. Even the FDA states that the radiation of these TVs needs strict control. 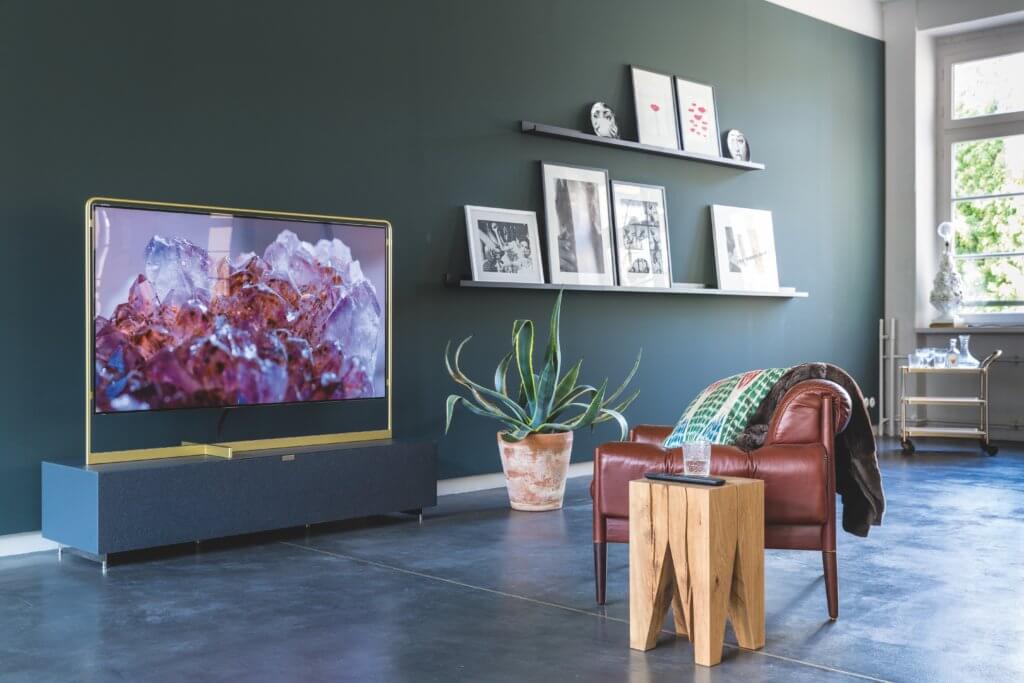 Contrary to popular belief, TV aerials are not the direct source of EMF. Their job is picking up the already existing signals. They do not broadcast any signal themselves. So, you cannot label them as a direct culprit.

Satellite dishes work the same way. So why am I listing them here you ask? That is simple. They don’t produce EMF, but they gather the existing signals and concentrate the EMF level in certain areas.

This effect is negligible compared to cell phones and routers. Modern TVs also use Wi-Fi signals to give people a better experience. But they also expose them to more EMF emission. Wireless networks and dish antennae are the biggest culprits for these EMF emissions. 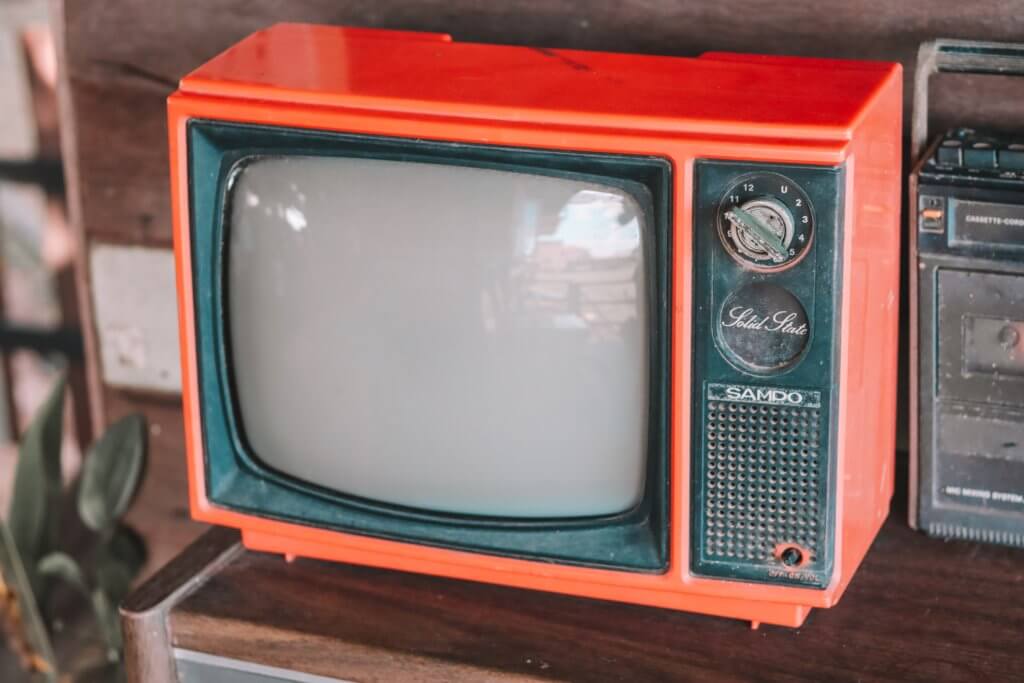 LED TVs are famous throughout the world. It is the most common TV because of the low production cost and high image quality. Do these seemingly innocent TVs emit harmful radiation? They do.

The range is much more manageable than cathode-ray tubes. LED TV radiation hazard zones are smaller. They only affect the area of 1m around the TV. The problem is, this zone is all around the TV, in every direction.

CRT TV radiation only affected the people directly in front of the light. While the LED TV produces emf at a constant pace all around it. They also produce it while the TV is turned off. That is why most conscious people avoid LED TVs as much as possible. 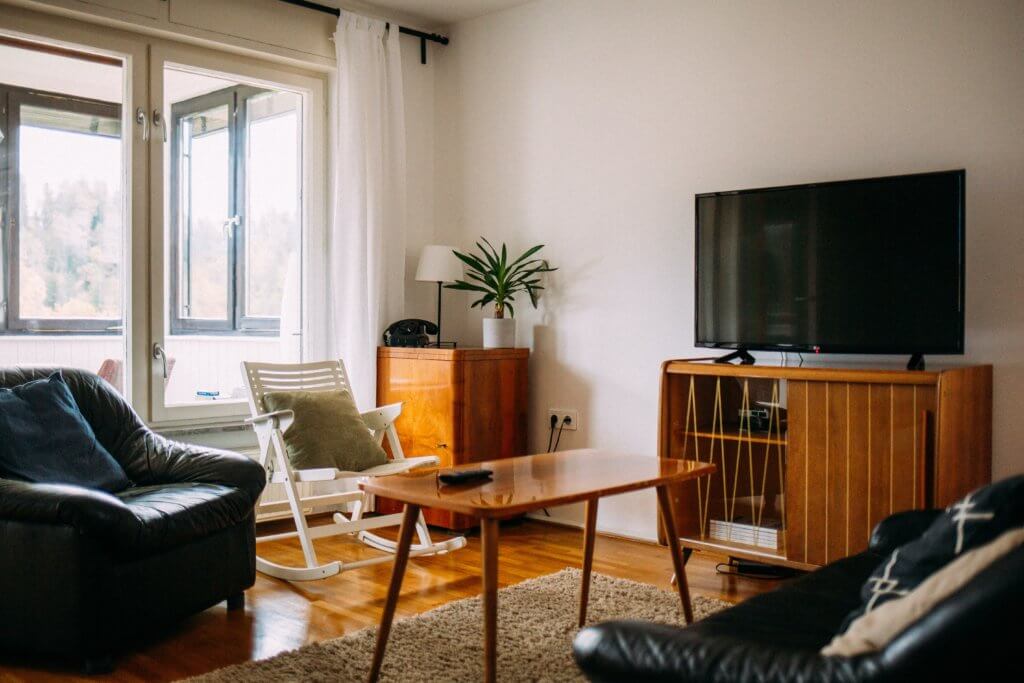 LCD monitors function differently than LED monitors, but they too produce EMF. The process of making light is the same, no matter what technology you use.

LCD TV emits light and audio wave radiation. They also radiate heat and various other types of radio frequencies.  The associated circuits, local oscillator, and TV signals also amplify the EMF level of the LCD TV. There is also the 60Hz line frequency we need to worry about.

In the end, LCD TVs are no safer than LED TVs. The range and intensity of the EMF produced by these devices are fairly similar. 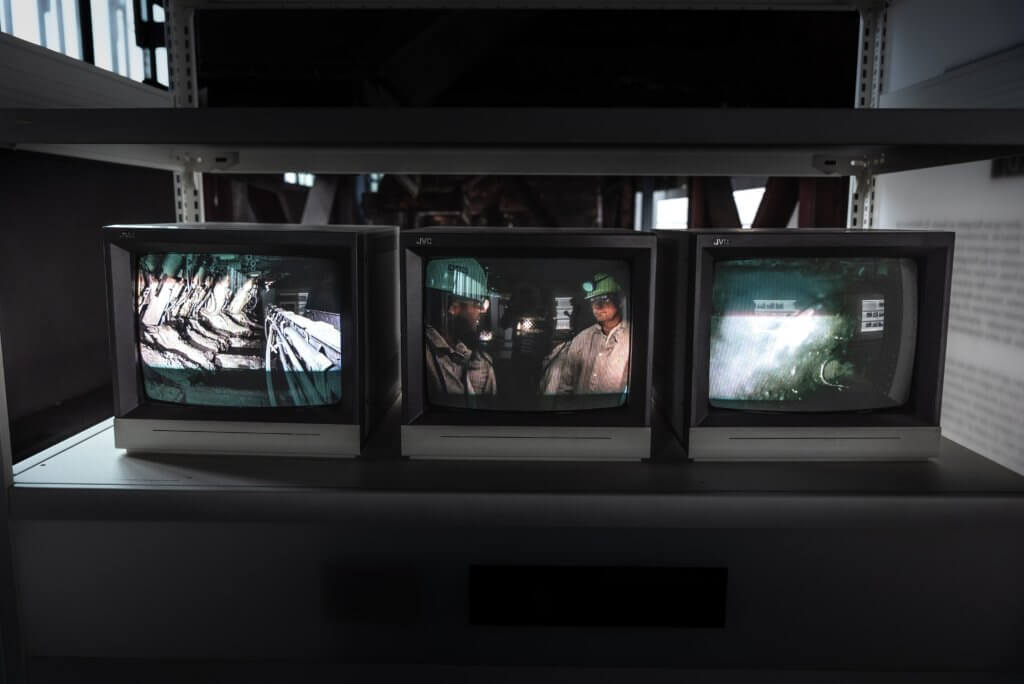 Plasma TV primarily produces UV radiation; and a small amount of other EMF. We would suggest Plasma over other types of TVs. It produces the least amount of EMF and is fairly manageable.

The TV radiation distance is the shortest on this among all the TV types. The radiation barely reaches 1m from the screen. You can avoid most of it by staying at a safe distance.

The downside is that plasma TVs tend to be pretty large. The larger the size of your TV, the longer the EMF range. So, you might need to stay a bit further back if your TV is larger than average.

Unlike the old CRT TVs, modern TVs do not produce harmful X-rays. These TVs only generate various types of EMF. EMF is overall less dangerous than X-ray, but it is still something worth watching out for. 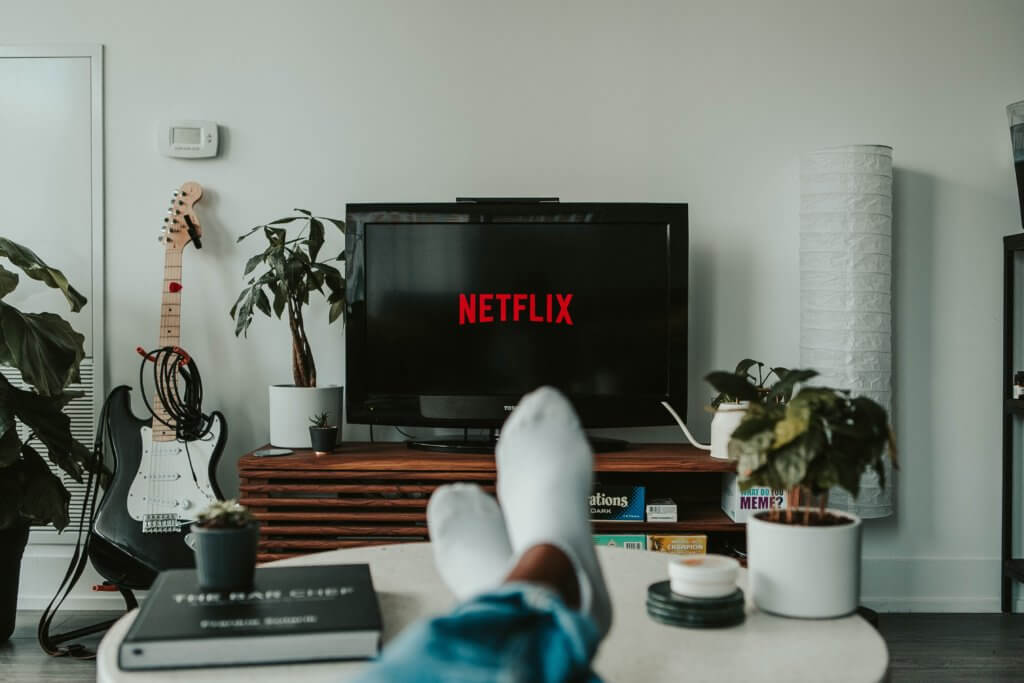 You might be wondering, do smart TVs emit radiation? Smart TVs have been popular for a while now. Many people are curious about the EMF level of these TVs. People desperately hoped that the advancement of technology would make Smart TVs less harmful than their predecessors. Alas, the wish did not come true.

In some ways, smart TVs generate more EMF than LCD, LED, and plasma TVs. The monitor generates a level of EMF roughly similar to the other TVs. But the wireless receiver, wifi, and smart operating system increase the EMF generation.

In particular, Smart TVs produce a lot of dirty electricity. DE increases the radiation of your entire home. So, it is more harmful than other TVs. In addition, the radio frequency EMF from the receiver is fairly high.

Why do Smart TVs generate more DE than other TVs you ask? The reason is the computer inside it. Smart TV operates with a mini-computer that uses up a lot more electricity.

Now you know what type of TV emits what level of EMF. You probably want to know what you can do to ensure your safety. Fret not, there are many ways of mitigating the EMF radiation from TVs.

Here is a list of ways you can mitigate EMF radiation from TVs:

Unplugging the power cord is the best way of stopping the incessant EMF radiation from the TV. Televisions keep producing EMF even when they are turned off. The power line keeps it in a sort of sleep mode.

The intensity varies depending on the level of technology, but the constant EMF is a real thing. Your only option against that is cutting the power when you aren’t watching the TV.

The primary reason for this passive EMF emission is the trickle charge. The capacitors inside the TVs store a portion of electricity for stability purposes. It draws in power when the TV is turned off to induce a dormant state. This state allows it to adapt better when you do turn on the TV.

This constant power storage keeps generating small EMF fields surrounding the TV. However, the most problematic part is the constant production of dirty electricity. 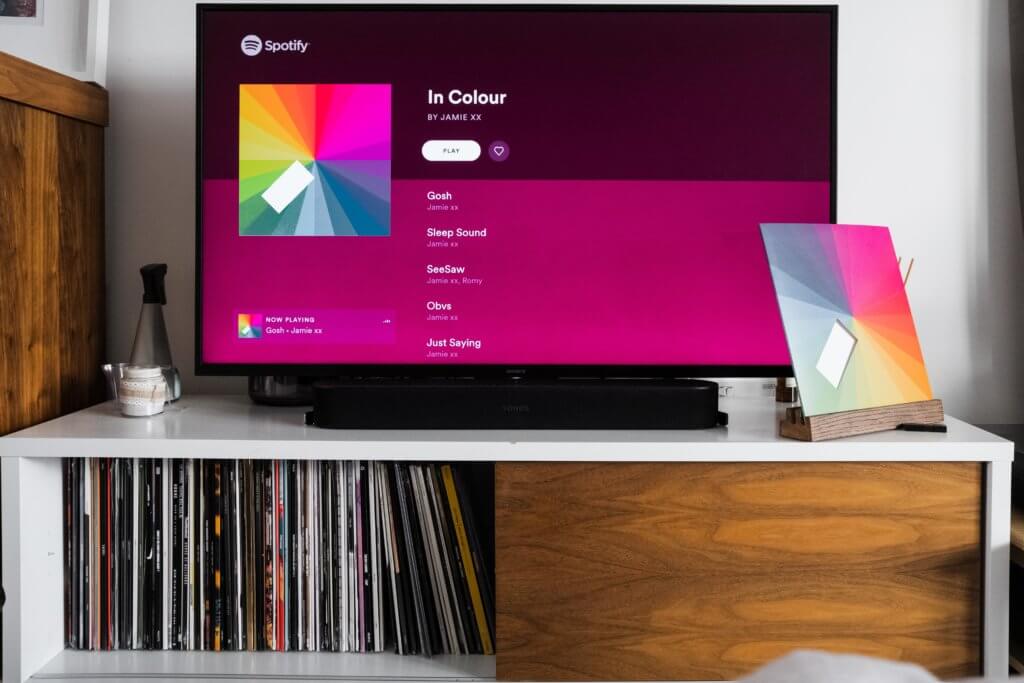 Dirty electricity is one of the most dangerous EMF hazards of modern technology. Televisions are one of the primary generators of it. The DE produced by TVs circulates throughout the whole circuit.

Thankfully there are some easy ways of solving this issue. Best Dirty Electricity Filters for the UK can stabilize the erratic frequency of your electrical system. They can protect you from harmful DE.

We advise Smart TV users to be especially careful of this point. Smart TVs produce far higher quantities of DE than other TVs. Some DE filters can cover your entire house’s wiring, while others cover a single port.

Research suggests Wi-Fi is a prominent source of EFM. Wi-Fi is one of the primary reasons why smart TVs generate so much EMF. We know you cannot run a smart TV without Wi-Fi for too long.  So instead, keep your Wi-Fi turned off while you do not need it.

You can watch a smart TV without Wi-Fi. Just turn it on when you want something from the internet. 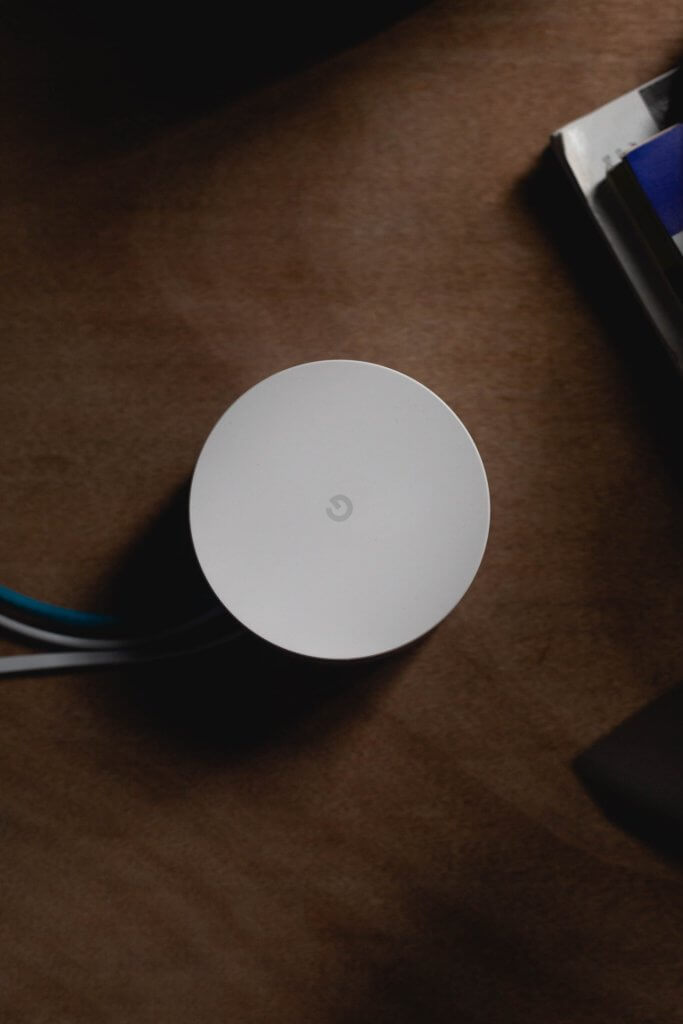 Faraday Cage is a superb EMF protection. It acts as an impenetrable shield against all types of EMF.

Faraday cage is a protective layer made of conductive alloy. It acts as a cage that can either keep EMF in or out. You can get plenty of different Faraday Cages on the market. They are practical tools that come in every conceivable shape and size.

You could buy a protective cover for your TV, phone, Laptop, etc. Faraday Cages are not rigid objects. There are fabric variants that you can use as a covering sheet for the TV.

The best way to stay safe from TV radiation is by staying away from it. You could use all kinds of EMF shields and filters. But there will always be some residual radiation left. Hence, the best option is not interacting with it in the first place.

Staying 2-3m back from a modern TV should be enough to guarantee your safety. For the CRT variant, however, you need to stay a bit further back. But chances of you owning a CRT TV in this day and age is rather rare.

How Do You Check TV Radiation?

You could get EMF meters from any reputed electrical supplier. EMF meters can check the accurate TV radiation levels in the environment and allow you to take appropriate measures accordingly.

Each meter works differently, so consult the user manual for an accurate reading. We would suggest you let the TV power up for a few minutes before taking a reading. That will ensure the proper radiation reading. 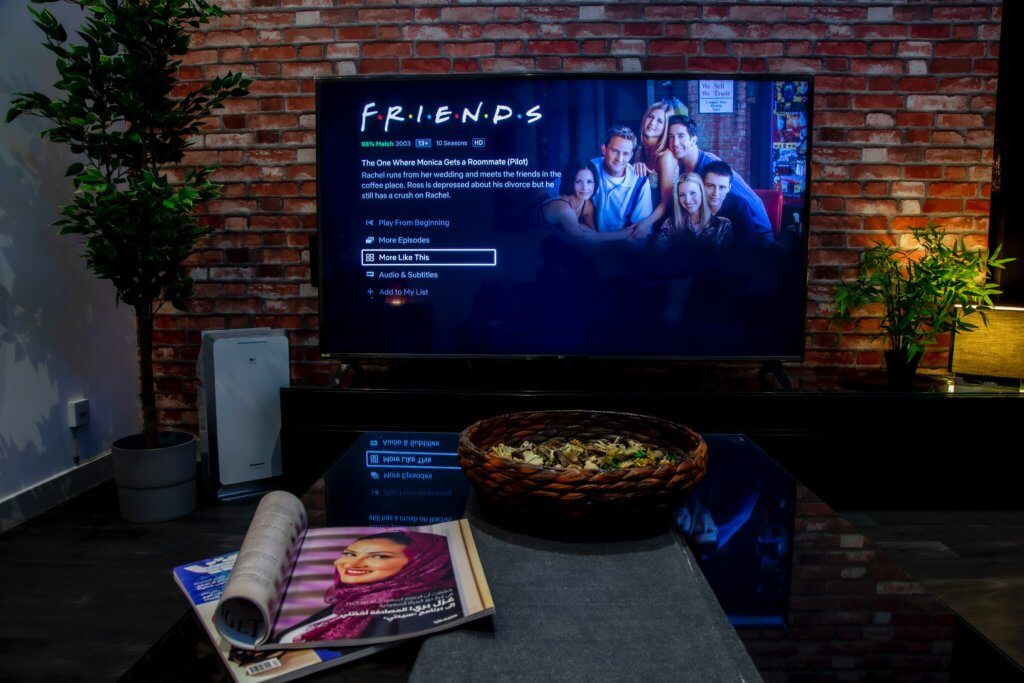 Answer: 30-300 MHz is the upper and lower limit of safe RF frequency exposure for the human body. Anything above and below this mark can be harmful.

Answer: It does not have long-lasting effects on health. We would advise you to take proper precautionary measures nonetheless.

Answer: Satellite TV does not emit any EMF by itself. The problem lies with the satellite dishes. They gather the signals from in the air and concentrate the radio frequency. That ends up generating EMF.

Answer: TV antennas do not generate EMF radiation. It is a passive tool that receives signals. It does not concentrate the signal to a level that produces EMF.

Answer: No, TV EMF is not on a level that can instigate cancer. It can, however, cause headaches and nausea.

Answer: A CRT TV emits about 25 – 500 mG of radiation in an 1 inch radius. LED, LCD and Plasma TVs produce much less than that.

Do TVs Give off radiation?

Yes, they do. Your first order of business should be checking how much radiation it is generating. After that, you should take appropriate measures to reduce that amount to a manageable level. Thanks for reading till the end. I hope you learnt something useful after going through our entire article. Until next time, farewell.