How and Why, We Should Turn off Wi-Fi?

Home » How and Why, We Should Turn off Wi-Fi? 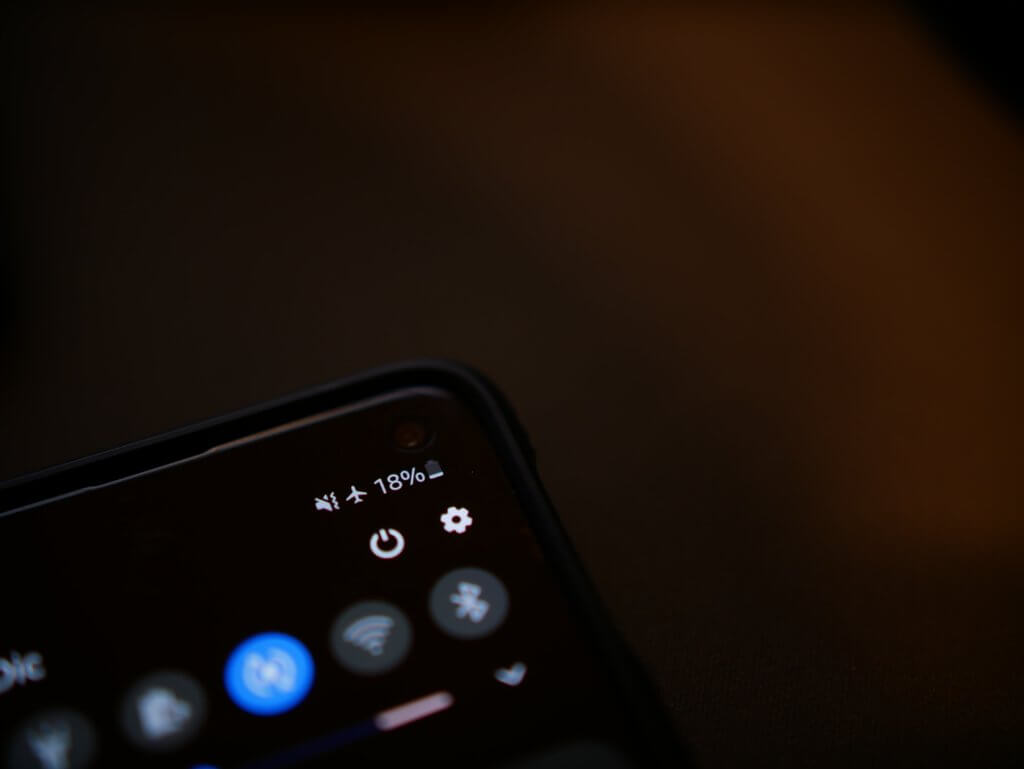 The Effects of Wi-Fi radiation on human health have been a topic of debate for a long time. Although the detriments of Wi-Fi signals haven’t been proven till now, the effects on various systems are found by scientific studies. Experts explicitly state that you should turn off Wi-Fi when not in use.

Numerous studies have shown that Wi-Fi radiation affects cardiovascular health, neurological health, and the male and female reproductive systems. So, you should always turn off Wi-Fi when not using it. You can do it by simply going to your device settings and look for the Wi-Fi option.

In this article, I will explain what Wi-Fi is and if it’s considered harmful. I will also provide scientific studies that have shown at least some effects of Wi-Fi radiation. Plus, I will talk about why you should turn off Wi-Fi on various devices. So, let’s get started! 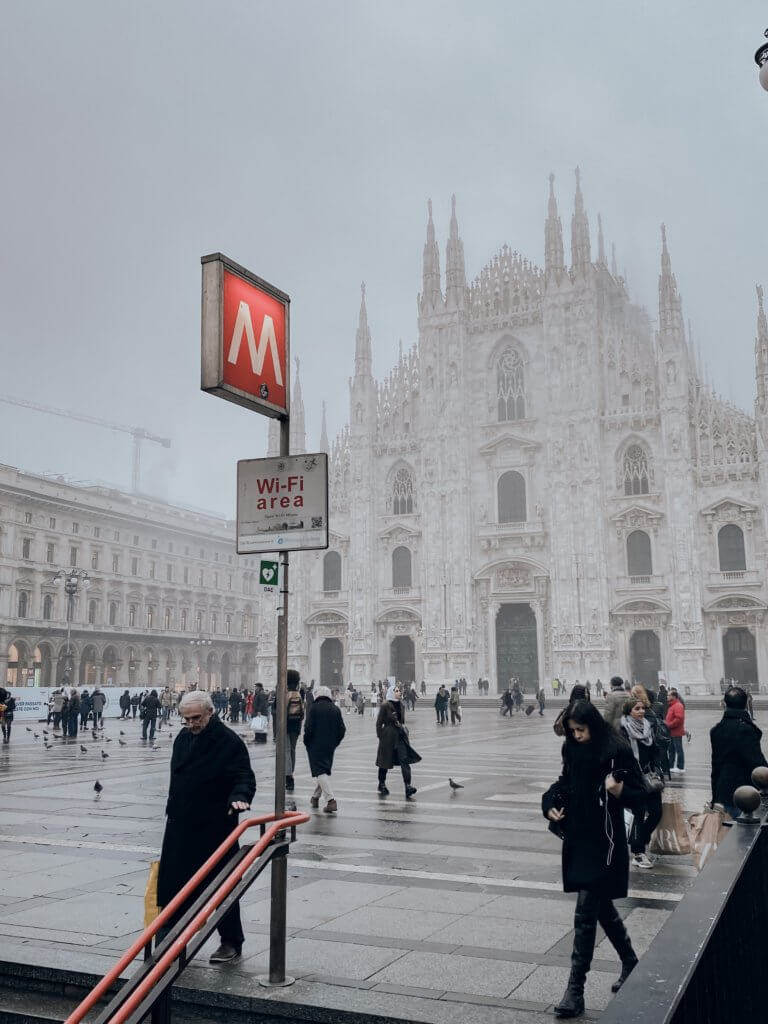 Wi-Fi is a patented term of the Wi-Fi Alliance, the company that invented and publicized this wireless networking technology. Wi-Fi isn’t a single company. It is a combination of around 800 companies in the world that uses this technology. Products that say ‘Wi-Fi certified’ mean that they have met industry-agreed standards for interoperability, security, and specific protocols.

It all started in 1971 which shaped up to be Wi-Fi in 1997. ALOHAnet, a computer networking system developed by the University of Hawaii. This networking system connected the entire Hawaii Island. In 1985, the US government released this network band for public usage. In 1997, the 802. 11 protocol was released which is an advancement of the ALOHAnet technology. In 1999, the Wi-Fi Alliance was formed. 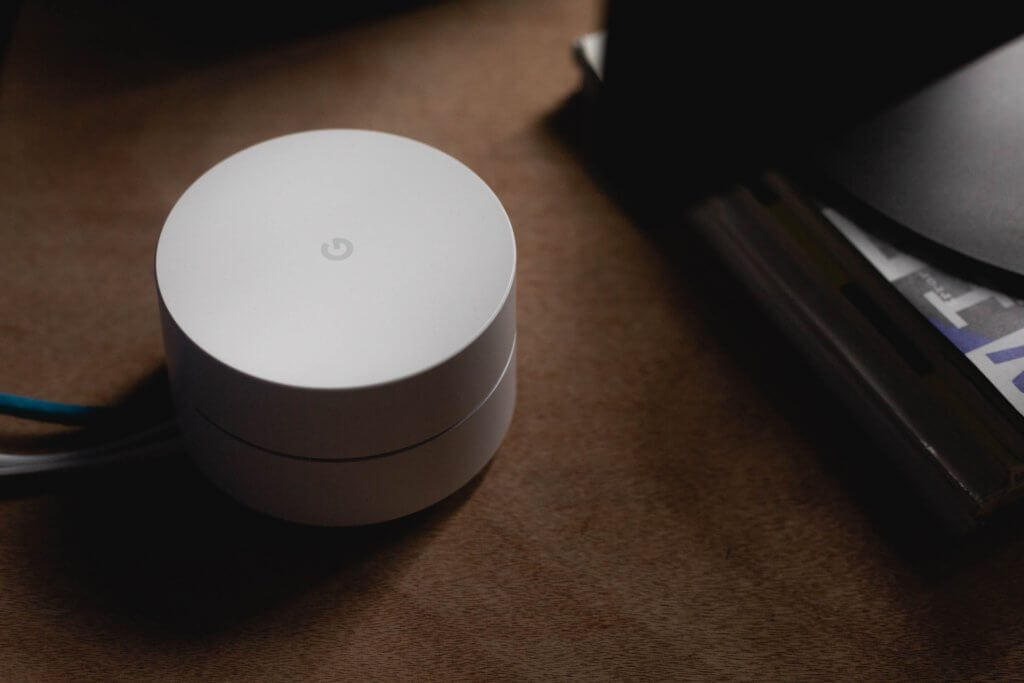 Wi-Fi uses a radio frequency of the electromagnetic spectrum. It is the same frequency that is being used in a microwave oven, TV remote, AC remote, etc. The devices that use Wi-Fi technology meet the standard issued by the Wi-Fi alliance. Wi-Fi devices are considered to be harmless. But the EMF emitted by Wi-Fi is absorbed by the human body. So, some health risk remains.

Harm by Wi-Fi EMF depends on two factors. The signal strength and the distance of your body from the source of the signal. As there are multiple Wi-Fi-enabled devices in a single household, the exposure is substantial. Every day, Wi-Fi-enabled devices are increasing such as smart TV, smart AC, Wi-Fi-controlled washing machine, automatic floor scrubbers, baby monitors, etc.

And most of the time, we spend our time close to some of the devices. Even when sleeping, we keep our phones next to us. One way or another, we are either exposed to excess signal strengths or proximity of Wi-Fi signals. Wi-Fi EMF has some effects on the human body. So, the possibility of harm by Wi-Fi signal cannot be completely brushed aside.

Why Should We Turn off Wi-Fi? 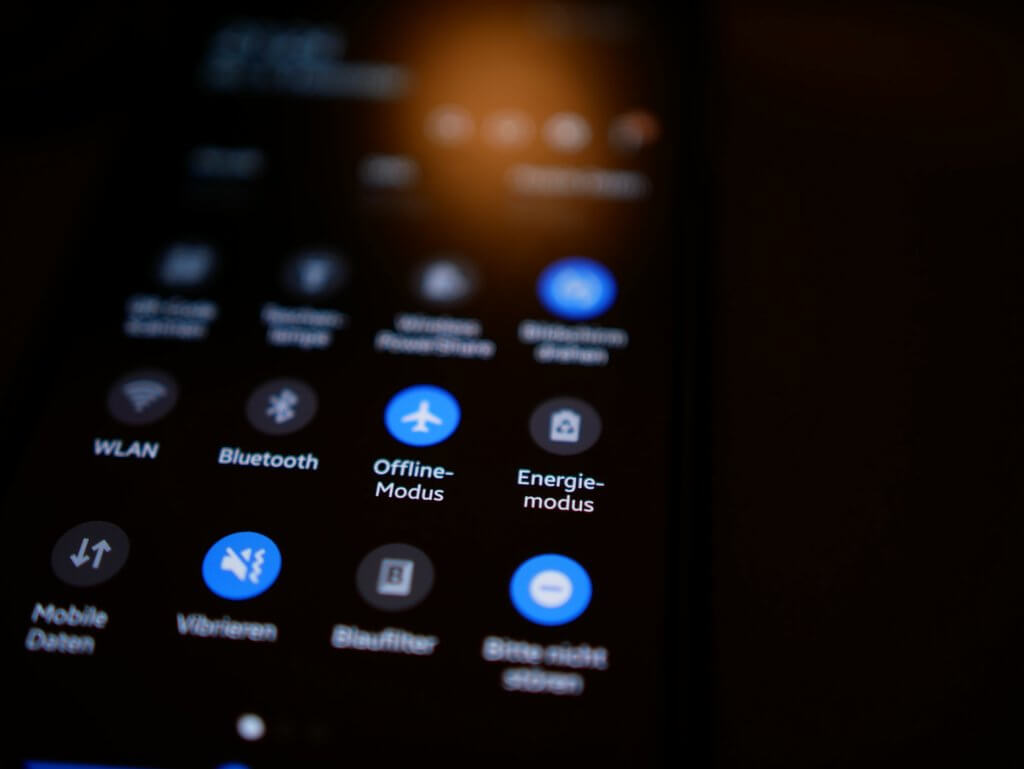 There are quite a few reasons for you to turn off Wi-Fi. Some scientific studies show the effects of Wi-Fi radiation on the human body. While they are not extremely detrimental, long term effects cannot be ignored. Let’s take a look at some reasons to turn off your Wi-Fi:

Wi-Fi also alters the action of dopamine and epinephrine’s action on the heart. Although the studies do not make any conclusive assumptions, it clearly shows that the Wi-Fi signal that we use at home has clear effects on heart rhythm, alters blood pressure, and changes the effects of catecholamines on the cardiovascular system.

Sperms need to be motile to procreate. Exposure to Wi-Fi signals affects the motility of healthy sperms, which in turn can affect male reproductivity. The sperms were exposed to laptop Wi-Fi for four hours. After that period, the sperm seems to have reduced motility. The exposure also seemed to affect the DNA’s integrity.

This study shows that using a laptop connected to Wi-Fi on a lap can have a long-term effect on male reproduction. Besides effects on sperm, Wi-Fi also induces other degenerative changes in the male reproductive system like reduced testosterone level and cell death. These are mainly caused by oxidative stress.

Females are not safe either from the risks of Wi-Fi exposure. The Wi-Fi EMF induces a hormonal imbalance in the female body. It decreases the production of progesterone and estrogen. This affects the ability to reproduce. This imbalance can further impair the fertility of females.

Wi-Fi EMF also causes a mutation in the cells of the uterus. This might be the reason behind spontaneous abortion. Although the studies are not conclusive, they indicate that exposure to Wi-Fi causes oxidative stress, which can or may not lead to fertility both in males and females.

Repeated and prolonged exposure to Wi-Fi EMF can influence your brain’s function. Increased activity of acetylcholinesterase and oxidative stress in the cerebral cortex causes biochemical changes in the brain. The learning process and memorization can also be affected by EMF emitted by Wi-Fi signals.

Decreased melatonin secretion and increase of noradrenaline in the brain can be the reason for sleep disruption. Fatigue and tiredness can also occur. However, Wi-Fi signals are not related to any behavioral change or learning ability.

Babies are delicate and vulnerable to most things that are presumed to be safe for adults. EMF emission by Wi-Fi signal is one of them. Babies and children have thinner skulls than adult humans. When they play with phones or press against their ear, studies indicate that 10 times more EMF is absorbed into their brain than normal people.

Although none of the studies are foolproof and lack concrete evidence, it’s better to be safe than sorry. We should keep our children away from Wi-Fi exposure. We also should not give our kids any toys or devices that use Wi-Fi.

Drastic endocrine changes can be brought about by Wi-Fi exposure. As every system in our body is concerned with hormones, the endocrine alteration can have long-lasting effects on several systems. Studies have found that EMF radiation from cell phones and Wi-Fi routers can reduce plasma prolactin levels.

The EMF also decreases progesterone and estrogen production and secretion. This can influence the ability to procreate in young women. Even if it doesn’t, EMF’s effect on uterine cells can cause unplanned abortion. This is mostly due to the result of excessive oxidative stress in the uterus. 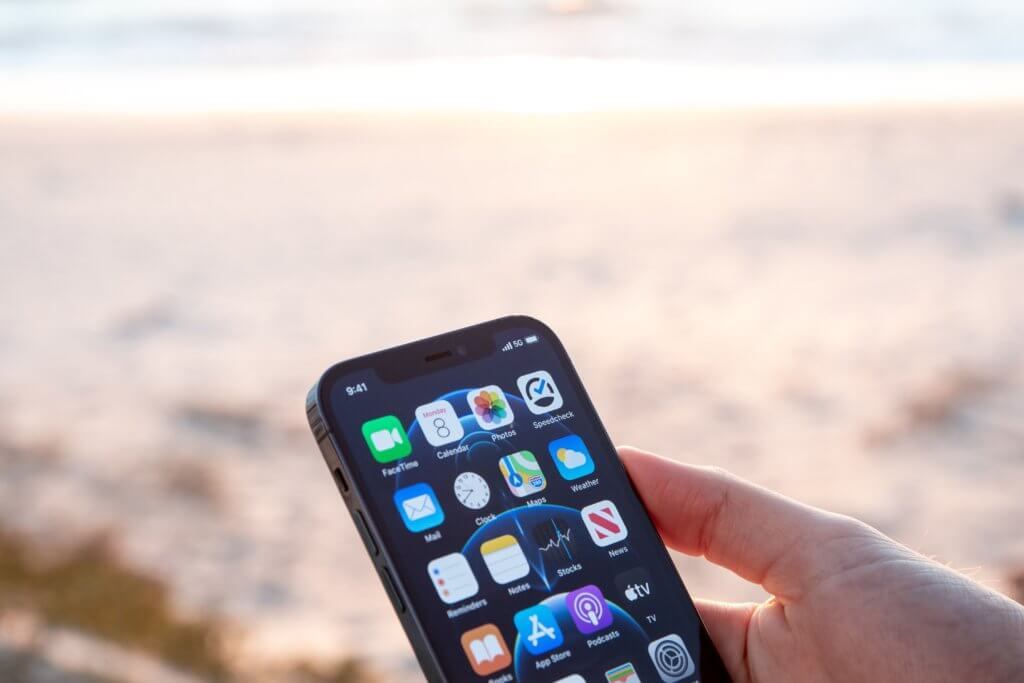 How to Turn off Wi-Fi

As you’ve already realized, steering off from the Wi-Fi signal as much as possible is essential. So, let’s talk about how to turn off Wi-Fi because you’ll have to do that from time to time:

To turn off Wi-Fi, go to menu>Settings>Wi-Fi. The first option you will see says ‘Wi-Fi’ with an on/off button on the right. Touch it to turn off the Wi-Fi. Alternatively, you can access the control panel by swiping from the bottom of the screen. Touch on the Wi-Fi icon to turn it off. The icon turns gray when off.

You can also turn on airplane mode from the control panel. 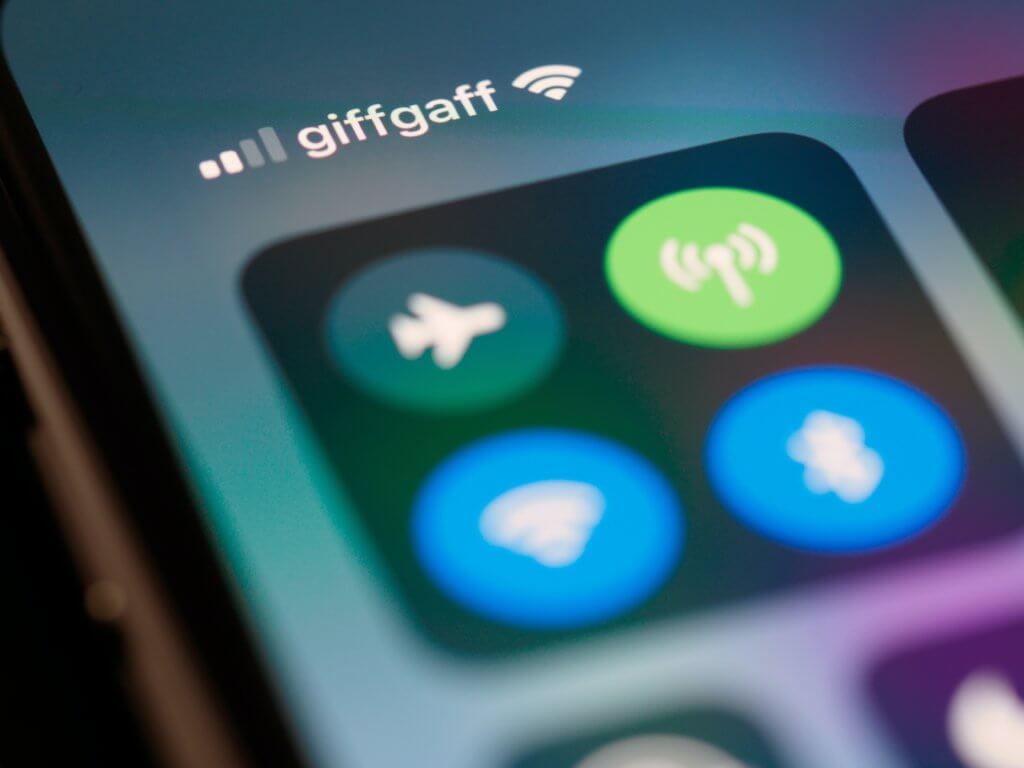 Desktops mostly connect to the internet by wired connection and turn off in proper time. Laptops, on the other hand, use a wireless network and are close to the body. So, turning off laptop Wi-Fi is very important. Let’s see how:

Windows Operated Laptop: You can turn off Wi-Fi from the taskbar in the bottom right corner. Look for the Wi-Fi icon, click on it and then click disconnect.

If you have trouble finding the icon, you can turn off Wi-Fi from the start menu. Click on the window icon in the bottom left corner, then click on the gear icon on the left. Then go to ‘Network & Internet.’ Click on Wi-Fi on the left. You will have all the options concerning Wi-Fi including the on/off button on your screen.

MacBook: MacBook’s are laptops run by macOS, Apple’s proprietary operating system. If you’re in an environment where you should turn off Wi-Fi, you can do that from the menu bar. Click the Wi-Fi icon in the menu bar. Then choose ‘Turn Wi-Fi off.’ The menu icon changes to an empty indicator when Wi-Fi is turned off, 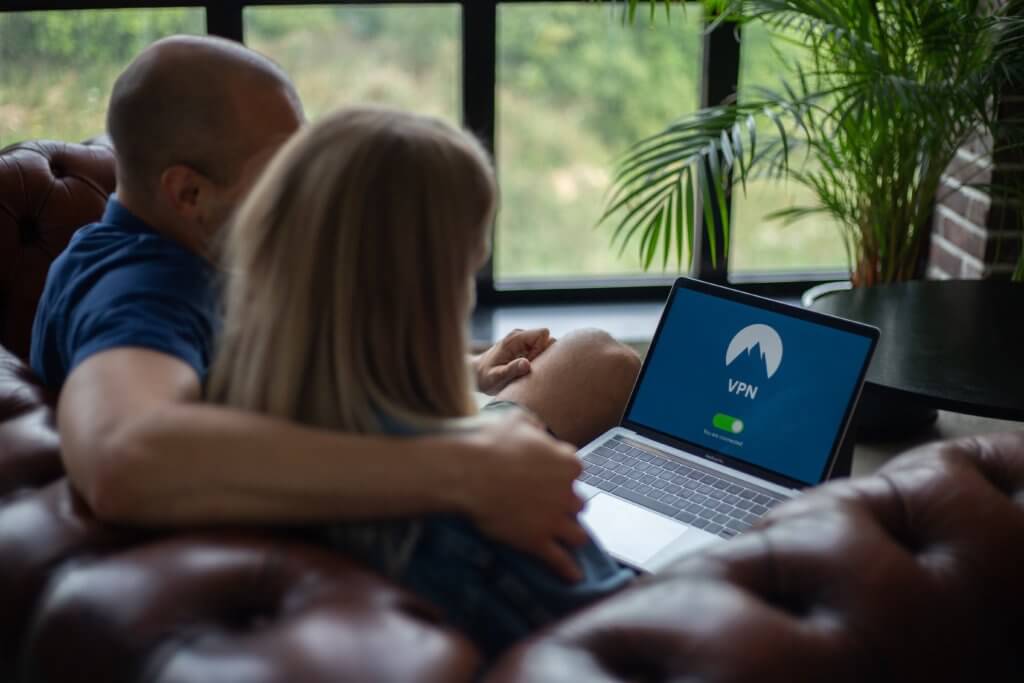 You can turn off Wi-Fi from your computer, by using the corresponding app or by the power button on the router.

From Computer: Go to the router’s IP address. Look in the packaging of the router or the bottom of the router. Login with default username and password. Then go to wireless settings and uncheck ‘Enable Wireless Radio’. Then click on ‘Save’. Now your Wi-Fi router is turned off.

From App: Download the corresponding app. Log in with the router’s credentials. Then connect to the specific router. Select the wireless network and look for the turn on/off button.

By Power Button: Look for the power button at the back of the router. Press it once to turn it off. Press again to turn it on. This is the most convenient method. 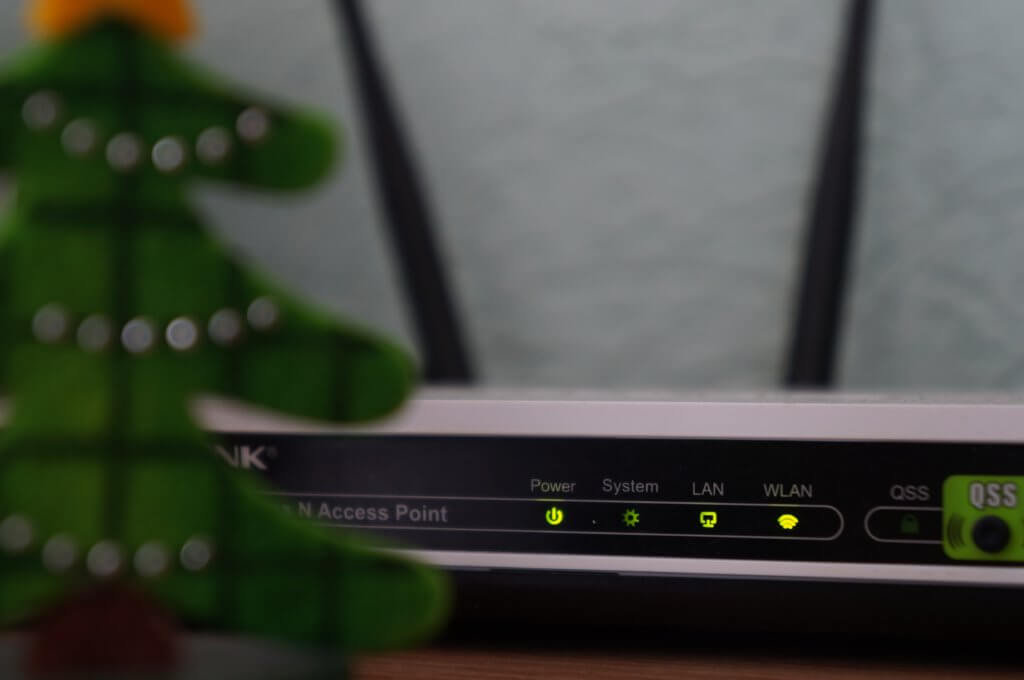 No, dual-band routers are not specifically harmful to human health. They do not differ from any other router as long as health is concerned.

Although 5GHz is double than of the commonly used 2.4GHz frequency, it doesn’t pose any particular threat.

Smart home devices use 2.4 GHz frequency which is the same as your mobile phone. They are not harmful, but they increase your exposure to EMF.

Although it is not clinically proven, EMF radiation promotes tumor growth.

Yes, children are vulnerable to Wi-Fi radiation due to their body structure.

Turn off Wi-Fi-enabled devices from time to time and try to stay as far as possible from sources of radiation.

Everyday Wi-Fi-enabled devices are increasing. Ac, washing machines, home security, and various other home appliances are becoming smart for the sake of the convenience of the user. So, it only makes sense about increased concern about the harmful effects of Wi-Fi.

To ease your concerns about Wi-Fi emf and Wi-Fi radiation, I have discussed the effects of Wi-Fi on human health. I also added links to relevant studies in case you are interested. Last but not least, I explained how you can turn off Wi-Fi in Wi-Fi-enabled devices. I believe this write-up was able to answer all your questions regarding EMF emission from Wi-Fi.