The Truth About Laptop Radiation and EMF

Home » The Truth About Laptop Radiation and EMF 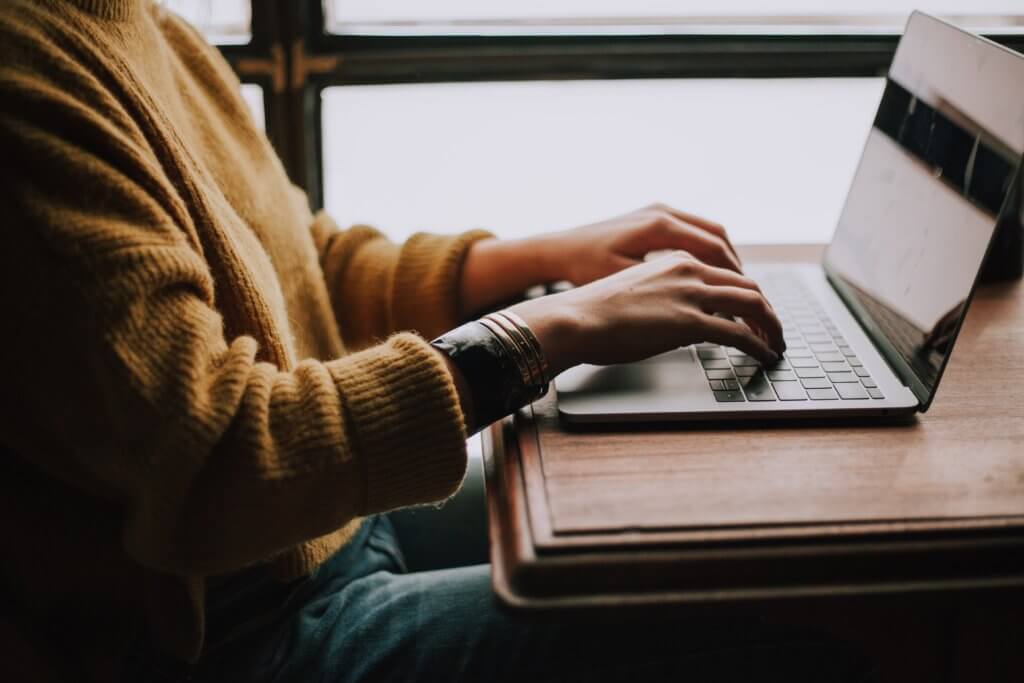 Nowadays we rely on electronic devices such as mobiles and laptops every day for a variety of different reasons – from online shopping to remote working and learning. All electronic devices emit levels of EMF radiation which can have a damaging impact on your health. In this article, we will look at laptop radiation, how it may impact your health, and ways to reduce the amount of EMF radiation from your laptop including using devices such as the Defender Pad.

What is EMF Radiation?

While non-ionizing radiation is deemed to be safe, there is a growing concern around the harmful impacts of non-ionizing EMF radiation. A study conducted in 2011 by the World Health Organisation’s Agency for Research on Cancer found that types of radiofrequency radiation could potentially be dangerous. They were classed by this agency as being potentially 2B carcinogenic and in particular, were linked with certain types of tumors in the brain. This does sound alarming; however, it is important to note that other materials in this 2B carcinogenic category include caffeine and talcum powder that a lot of us use every day. Additionally, Dr. Joel Moskowitz, a public health professor from the University of California predicted that these waves could also lead to issues on the skin, of the eyes, and the nervous system. He stated that the dangers of this could increase if the person is elderly, a child, or pregnant. 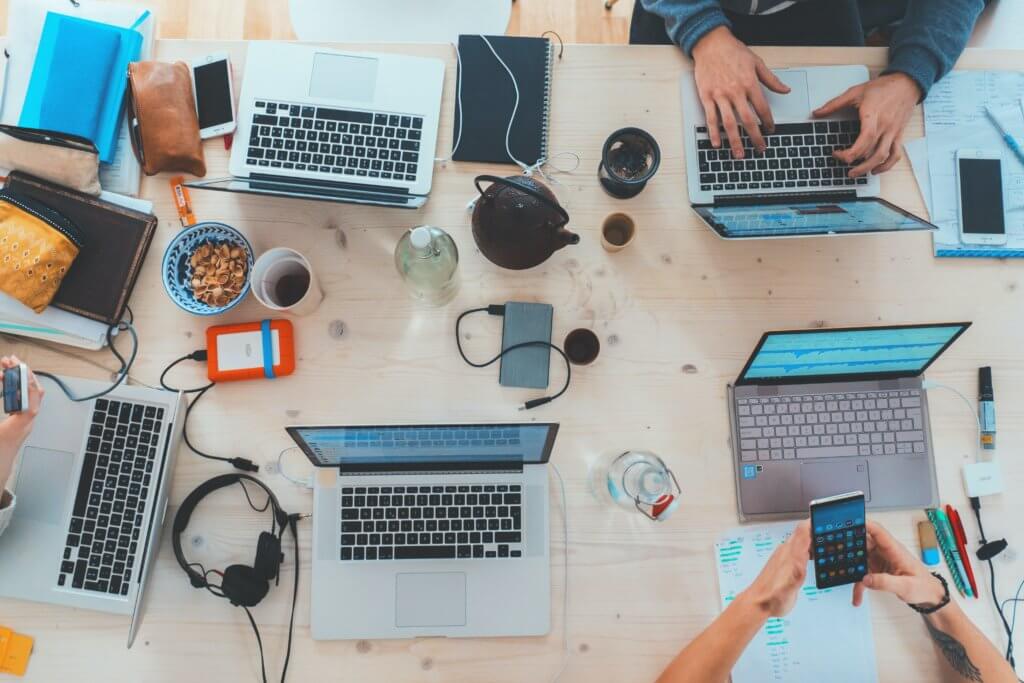 Are Laptop Radiations Harmful to Your Health?

While laptops will not cause sudden negative changes to your health, over time the non-ionizing EMF radiation can lead to many different health complications. Studies have shown that prolonged exposure to radiofrequency radiation can lead to health issues. If you are using a laptop frequently and placing the device on your lap, in direct contact with your body this could lead to many different health concerns. Ultimately more research needs to be done in this area as many governments say that non-ionizing radiation is safe, while other studies have found that it can lead to, or exacerbate a variety of health conditions.

There are some concerns over the impact of holding your laptop in such close proximity to your body, as the FCC published documentation stating that your laptop should be kept at least 20cm away from your body at all times. This is extremely difficult to do as to work on a laptop you will need to be closer to it than 20cm away.

The type of EMF produced by your laptop has also been found to lead to an increase in cancer. As well as the World Health Organisation publication linked above, the International Agency for Research on Cancer (IARC) published a document stating that prolonged exposure to this type of radiation (the type emitted when your laptop is connected to Wifi), could lead to increased risks of types of cancer – mainly affecting the brain.

Another negative impact on your health from radiation from your laptop is linked to the thermal radiation that the device gives off. You will notice when using your laptop, that the more it is used, the hotter the bottom of the device will get. There is a built-in fan in most laptops, however, this does not stop the temperature from increasing somewhat. Studies have shown that an increase in temperature of around 2.7 degrees or more over the space of an hour or less can lead to reduced sperm count in men. This is extremely concerning, especially if your laptop is commonly located on your lap, near the reproductive organs.

In women, laptop EMF radiation can be dangerous during pregnancy. A study by the Karolinska Institute in the Department of Neuroscience at Stockholm University found that wireless devices can have such an adverse effect on pregnant women and young children, that they recommended halting the production of them. Studies found that EMF exposure in pregnancy can lead to children developing issues with their speech. Although more research needs to be done in this area to know the full consequences of EMF exposure.

Exposure to EMF can also cause sleeping problems. A study by the Department of Electrical and Electronic Engineering at The University of Melbourne discovered that EMF radiation reduces the ability of the body to produce and even maintain levels of melatonin. Melatonin is a hormone in the body that helps us sleep by regulating the quality of it, and the amount of sleep that we get. Additionally, the blue light emitted from laptop screens is also known to have adverse effects on sleep.

There have been many other studies documenting other potentially harmful effects from EMF radiation. In 2018,  Dr. Martin L. Pall from Washington State University published a paper that listed other potential impacts on health include neurodegenerative diseases, infertility, DNA breakdown leading to multiple types of cancer, low libido, and examples of spontaneous abortion.

These studies are extremely concerning and it is important that we take as many steps as possible to try and limit our exposure to EMF radiation from our laptops. 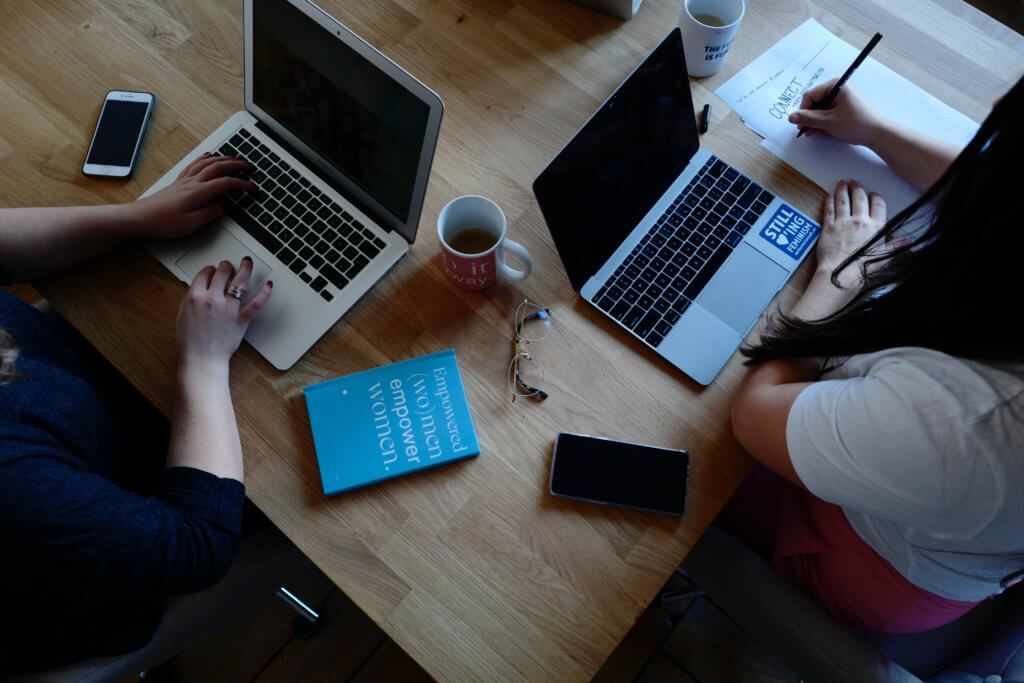 How to Protect Yourself from Laptop Radiation?

As previously mentioned, the FCC recommends that you stay around 20cm away from your laptop to reduce the risks of adverse health effects. While this may be difficult, using your laptop at a desk, rather than sitting it on your lap is highly recommended as then the device is not sitting directly against your body. A standing desk is a great idea as not only will this reduce your exposure to potentially harmful EMF radiation, it may also help prevent back and neck pain linked to poor posture.

If you prefer to sit your laptop on your lap, or do not have a desk or workspace to use, consider investing in a protective shield, which acts as a barrier between the base of the laptop and your body. You can see our full review of the best laptop EMF shields here. Our favourite is the DefenderPad Laptop EMF Radiation and Heat Shield, which can block almost 100% of laptop radiation and reduces the amount of heat that your body is exposed to. The pad is waterproof, anti-slip, and large enough to cover most common laptop sizes. It is also certified by the FCC and comes highly reviewed. A laptop shield is a much better alternative to simply using a pillow to add distance between your laptop and your body, as this will block any airflow that can cool the laptop down. This will lead to your laptop potentially overheating and malfunctioning.  For more details on how to protect yourself from EMF radiation emitted by laptops, check out our blog post on Laptop EMF Protection here.

Make sure that you are not working on your laptop right up until you go to bed, as this can harm your sleep as we have previously discussed. Instead, stop using any screens at least an hour before you plan to sleep to try and reduce the effects of EMF radiation and blue light. 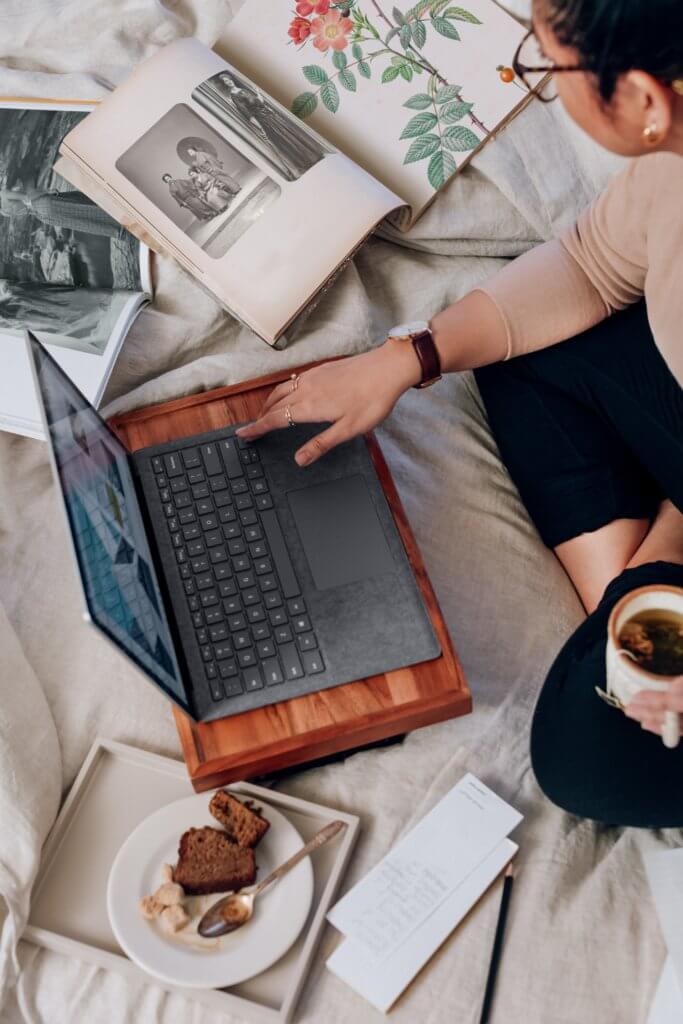 What Kind Of Radiation Do Laptops Emit?

ELF radiation is produced in your laptop when it converts the electrical energy from the power source to allow it to function. This radiation happens internally but is then radiated to the outer shell of the laptop.

Does The Age Of My Laptop Alter The Levels Of EMF Radiation?

Does My Laptop Emit As Much EMF Radiation As My Mobile Phone?

Technically no, your mobile phone will usually emit higher levels of EMF radiation. However, this does not necessarily mean that your laptop is safer, as your laptop probably spends more time in direct contact with your body, allowing your body to absorb the EMF radiation more easily. 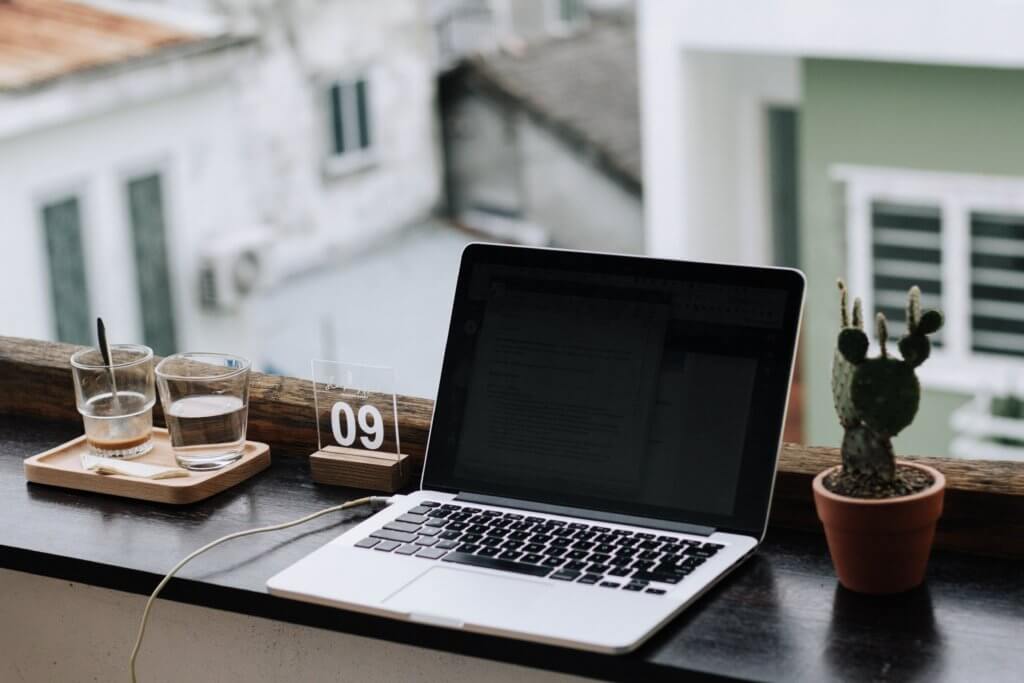 While using your laptop can help you work and study, it can also lead to detrimental effects on your health. There are measures that can be put in place to limit the impact of EMF radiation such as using laptop shields and standing desks. Most importantly, try and reduce the amount of contact that you have with your laptop. Before using it, ask yourself if you really need to access the internet or use a word document – or can something be written on paper instead. To further protect yourself from EMF radiation, ensure your devices are switched off when you are not using them, and consider turning off your Wifi router when it is not in use. Your health comes first and small changes in your routine can make all the difference.