Fitbit EMF Radiation – Should you be worried?

Home » Fitbit EMF Radiation – Should you be worried? 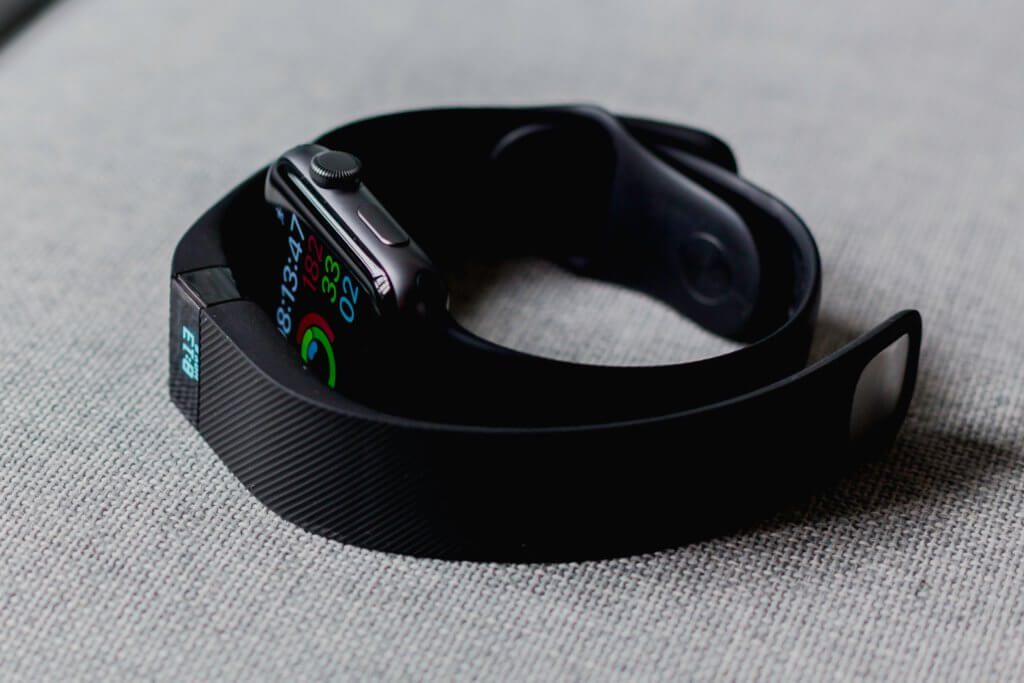 If you are looking to track your fitness and health levels, then the Fitbit is one of the best-selling fitness trackers on the market. The brand sells millions of devices each year across the world. However, as with every electronic device, there are some concerns about the dangers of EMF radiation.

The Fitbit range has many different options from the simpler Fitbit Inspire, to the more advanced smart watches like the Fitbit Versa 3. Features of these devices include tracking heart rate, steps and movement monitoring and calorie tracking.

There has been some criticism in recent years of the devices, with some getting a reputation for wrist pain and even skin irritation. Some models such as the Fitbit Force have even been recalled after complaints about skin rashes. The brand claimed that this was due to allergic reactions to some of the materials used to make the devices. However, many other health symptoms could be attributed to the effects of EMF radiation from Fitbit devices, so it is important to research this further to fully understand any concerns about the products that we wear on our wrists every day.

Here at EMF solutions, we are committed to educating you about the dangers of EMF radiation, so we have done the hard work for you and looked in to Fitbit technology. Your safety is our priority.

1. Is the green light on Fitbit safe?

Every model of Fitbit has a green light on the base of the screen that is known as their ‘pure pulse’ technology. The light is a simple LED light that helps measure your heart rate continuously, tracking your pulse and any irregularities. This can be useful in identifying any health issues. The green light itself is a normal LED light, and most experts think that the light itself causes no harm. The problem is that fact that the device is constantly sending information collected by the light to a phone or laptop. These constant wireless communications are more of a danger.

2. How much radiation does a Fitbit give off?

Each Fitbit will give off different levels of EMF radiation, but studies and tests have shown that there is an increase in emission levels from these devices. The video below shows some findings from testing on a Fitbit. When tested with an RF meter, the EMF radiation increased around 10 fold when placed right next to a Fitbit, compared to background levels taken further away from the device.

3. Does the Fitbit emit emf radiation?

All Fitbit devices emit some levels of EMF radiation. Most of this radiation is emitted due to the Bluetooth feature. The information collected by the Fitbit is sent to your mobile or laptop through Bluetooth technology. EMF radiation is also emitted from the electrical parts that are inside the Fitbit. It is important to note that the levels of radiation from the Fitbit are lower than other devices in the home such as mobile phones and WiFi routers, however there is still a constant connection via Bluetooth and the device is against your skin, so it is important to be cautious and aware of the dangers this may cause.

Bluetooth radiation from any device is less researched than other types of radiation from devices. One of the main problems when looking in to this is that a lot of the research that has been undertaken has been funded or sponsored by parties that have an interest in the outcome – such as mobile phone manufacturers. Therefore, many of these studies cannot be trusted as they will have a huge amount of research bias.

The government has regulations for radiation emissions, in particular it has a standard SAR, which stands for specific absorption rate. This is a radiation level that they deem to be safe. Most devices that have Bluetooth technology emit EMF radiation that is measured slightly lower than the government advised levels. While this does give the impression that Bluetooth devices like the Fitbit are safe, there is some research that the government levels are higher than they should be. The levels set by the government may not be safe as if people are exposed to them for a long time, they may absorb radiation that has a negative impact on the body. 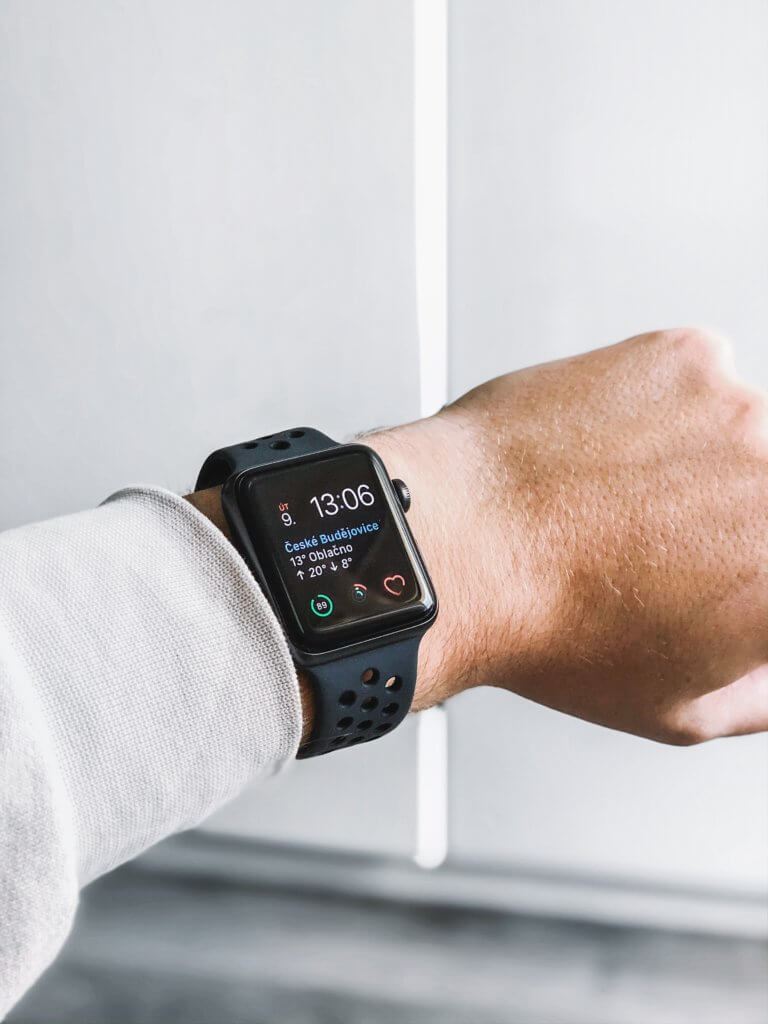 As you may have already seen from other posts on our website, EMF radiation can be extremely harmful causing many different health problems. Prolonged exposure to it or close proximity means that the effects are magnified. As the Fitbit is worn for a long time directly on your wrist, there are concerns for the health implications that it can cause. Studies have shown that EMF radiation can lead to headaches and mood changes, memory issues, nausea and sickness and skin irritation. This is concerning considering that some Fitbits have already been recalled due to causing skin irritation. EMF radiation levels have also been linked to an increased risk of more serious conditions such as heart disease and cancer. Furthermore, EMF radiation can have an impact on sleep as we will discuss in detail below.

One of the features in many Fitbit models is the ability to track sleeping patterns and your health whole you are sleeping. The technology measures your heart rate while sleeping and your movement in order to document the stages of your sleep. It monitors when is best to wake you up, and even has an alarm that is silent, that helps wake you up at the correct point in your sleep cycle. While these are some excellent benefits, there are some concerns wearing a device like this throughout the night in such close contact to your body. As we know, prolonged exposure to the EMF radiation that is emitted by Fitbit devices, can lead to adverse health effects. Wearing the Fitbit overnight means that your body is more likely to absorb this harmful radiation as it is not getting a break from it.

A 2013 study also found that EMF radiation has a negative impact on the human body’s ability to produce the hormone melatonin. The hormone levels increase or decrease depending on the amount of light that the body is exposed to. EMF is treated the same way as a kind of light by the brain’s pineal gland. Melatonin is important for the body as it helps regulate sleeping cycles. As the brain thinks that EMF radiation is light, this can make the body think that it is daytime, therefore having an impact on its sleep cycle. Therefore, wearing the Fitbit to bed may be counterproductive as it will do more harm than good as it not only means that you are more exposed to radiation, but it also will impact on sleep cycles, causing you not have a worse quality of sleep. Poor sleep can have further health implications down the line.

5. Do Fitbits cause cancer – and is there evidence to back this up?

Studies have shown that long term exposure to EMF radiation from any source leads to increased risks of cancer. Fitbit devices use a lot of the same technology as cell phones, which studies have shown may lead to the development of cancerous tumours known as gliomas. These gliomas are most commonly found in the brain, as cell phones are held against the face. Furthermore, non-ionizing radiation, which can be released by Fitbits has been found in studies to cause adverse health effects including an increase in the risk of cancer.

There are many devices in the home such as smart meters and Wifi routers do emit much higher amounts of EMF radiation in comparison to Fitbit devices. With these higher levels of radiation, it would be expected that these devices are more likely to cause cancer than Fitbits. There is however a concern that Fitbits may also be dangerous, especially as they are worn directly on the wrist, rather than being at a distance.

Fitbits have been shown to emit both EMF radiation and non-ionising radiation which have been found to have an effect on the development of cancer, if a person is exposed over a period of time. The FCC does have regulations for the levels of these types of radiation in products, however the levels that they say are acceptable are higher than levels that studies have shown is safe. Wearing a Fitbit for less time, or in fact not wearing one at all will reduce the risk and likelihood of developing cancer as your exposure to these kinds of radiation are reduced.

There are some fitness trackers that are considered to be radiation free that are alternatives to wearing devices such as the Fitbit. These devices do not emit harmful radiation that could damage your health. If you are looking to track steps, consider using a digital pedometer, as this will allow you to do this without using harmful wireless radiation as they do not use Bluetooth technology. Digital pedometers are also a lot more affordable than the Fitbit and can be found easily online through retailers such as Amazon. 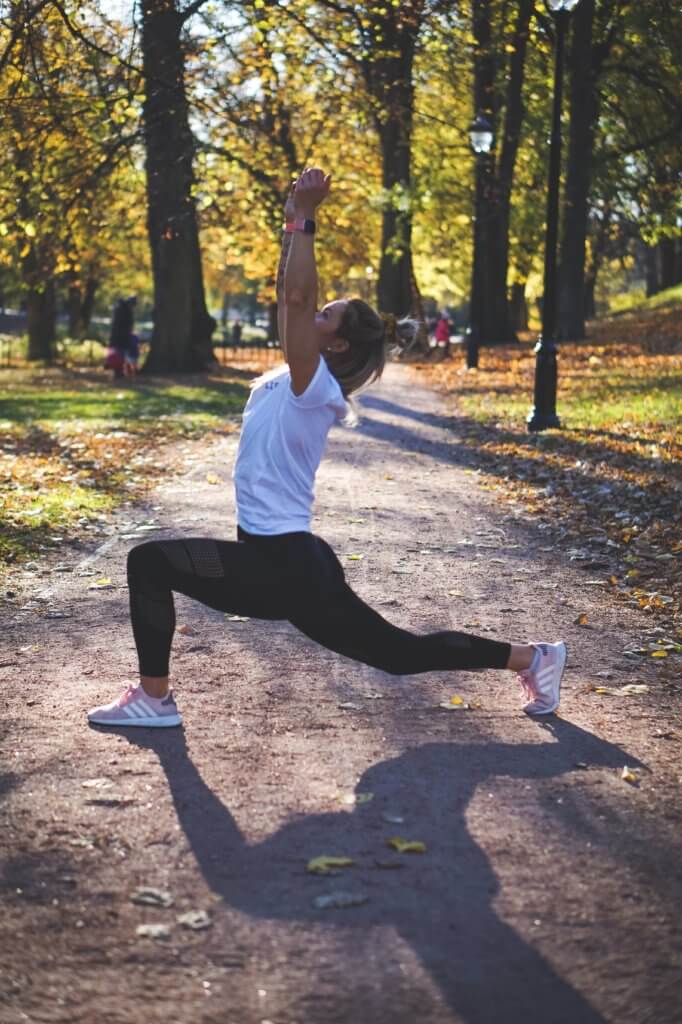 It is clear that the Fitbit is technology that can be useful to a lot of people, especially those who are focusing on their fitness. However, as you can see from our research above, the Fitbit also has some major drawbacks when in comes to both EMF radiation and non-ionising radiation. There have been studies that show that both types of radiation emitted by Fitbit devices can have a negative impact on health, from smaller issues such as sleep disruption and skin rashes, to increased risk of more serious conditions such as heart disease and cancer.

While it can be noted that the radiation levels emitted by a Fitbit are lower than that of other devices in the home, the concern is that the Fitbit is worn directly on to your skin, which means that your body is more exposed to the radiation. If you are considering a Fitbit, a sensible solution would either be to wear a different kind of fitness tracker such as a digital pedometer, or only wearing the Fitbit when you take part in exercise, ensuring that you do not wear it at night. This means that the amount of time you are directly exposed to Fitbit radiation is reduced.